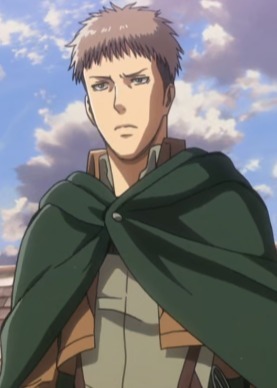 He is one of the most developed characters in the anime, and his relationships with the other characters facilitate their respective characterizations. I am intrigued by the fact he is logical and pragmatic yet aggressive and doubtful. As another user stated, he is now the antithesis of his former self, and this change was created in a drastic, mellifluous, reasonable fashion. I like him.

Was kind of annoying at first, but definitely one of the much better characters of the series.

Why're we looking at picture of a horse?

The hottest guy in AoT