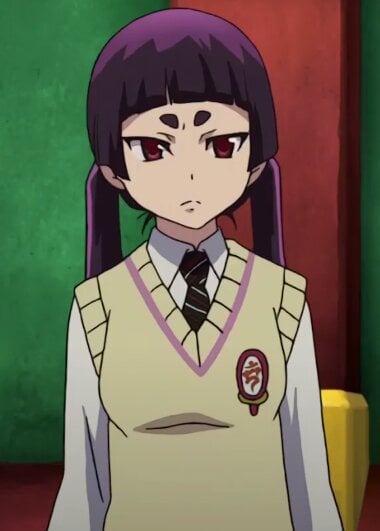 she's one of my favs and biggest kins in the series along with rin, shura, and mephisto what made me love her even more than i already did was how she was he only student who didn't a fuck when she found out rin was the son of satan unlike everyone else she knew it wasn't his fault and that he was still the same man he was before, she knew he was nothing like his father we really need more characters like that who believe in them right away without having someone to tell them to the point where it'll take them 2 and a half ass episodes for them to finally understand or more

i didn't like her that much at first because she was a little rude and her eyebrows annoyed me, but as episodes continued to roll, i really like her and understand that tsunderes do that stuff.

the only thing i hate about her is them brows