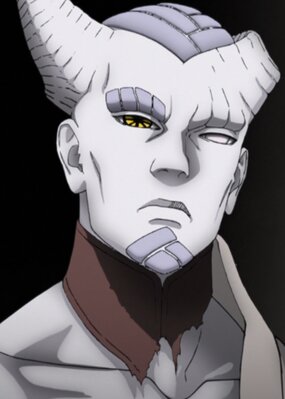 Was he cooler in the manga or is it just me?

I hate this guy with all my heart. He is probably the worst character to be dealing with right now. He always considers HUMANS to be inferior to him, but FUCK NO he literally is a HALF HUMAN HALF GOAT, and when he should have died decades ago by Kaguya he literally wenting in a FUCKING EAR, and literally was reborn, and he even created this bullshit organization called Kara which is basically all about Isshiki reviving himself. Its literally SUCH A BULLSHIT MOTIVE. LIKE THE AKATSUKI WANTED TO RECREATE THE TEN TAILS, THE TAKA WERE PLANNING ON DESTROYING THE LEAF, and this so called group called kara is focusing on increasing this fucking half alien half goat's lifespan. Like what???? He is certainly a really bad antagonist, and is certainly a shit villian.