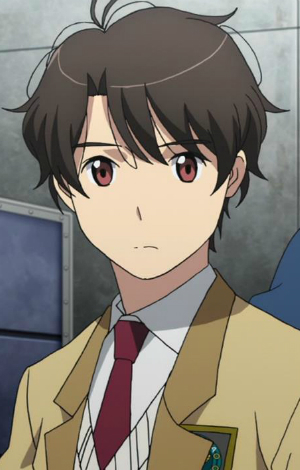 "He gets shit done without whining, nor showing any kind of emotion or remorse" sounds so fucking boring lmao

"He gets shit done without whining, nor showing any kind of emotion or remorse."

And that's what makes him a Gary Stu.

I know you all have different opinions but I think he was a fine protagonist for me. He thinks constantly and isn't a gary stu at all. He was at least trying to help Asseylum, that's all. Also, just noticed his seiyuu and Asseylum are Kaneki and Touka respectively. They sure are in a relationship here. Not the best Natsuki Hanae character I've seen but okay, even though I watched the English dub back then and heard Max Mittelman instead. Not the best Max Mittelman character too. Also, both his voices are Kousei Arima, wow. I wouldn't risk another chance to watch this anime again, espically by sub then dub since I had no idea that kind of techinique exists when I watched anime in the past.

I love this ruthless motherfucker, he's like a GTA III era protagonist.

He gets shit done without whining, nor showing any kind of emotion or remorse.