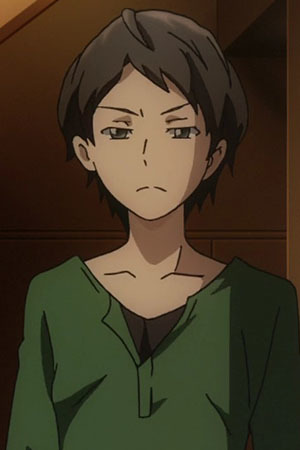 Painfully frustrating and to be frank, he pisses me off more than the bitch he calls "girlfriend" does.

I had high hopes for him. I hoped he would eventually realize his mistake, end things with the bitch (by deciding to just be friends) and make up with Tomoki, but no. He's just an asshole. A backstabbing, selfish, jealous, immature fucking asshole. That's all he is.