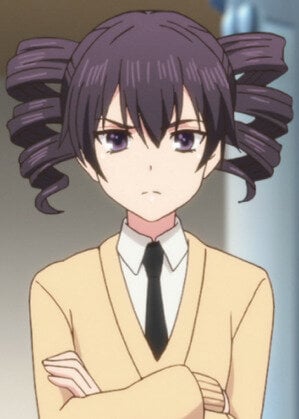 I dislike her, she's annoying and she's ugly, inside and out.

Shouldn't she have the Epic Eyebrow tag? In the manga, those are huge.

1. same-sex experimentation is a normality in the Aihara Academy according to Harumin.

2. she showed no signs of arousal during that scene, unlike Mei.

It really appears to be a case of claiming Mei as her own so she can score equal with Yuzu, not because she had sexual attraction towards her.

i actually kinda like her, i gained a lot of respect for her in thr last two eps