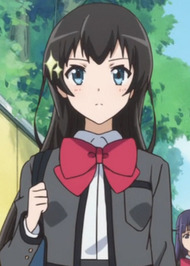 First she was Homura, then she became Madoka and saved all the stage girls.

Ppl dislike her bc she is cold person which I agree but there was sth special abt that we don't know..

Since throughout the show and game, she shown to be dedicated abt having to chase her dreams abt being a top star which she often want to improve herself despite other superiority.

She's great but cause some misunderstanding