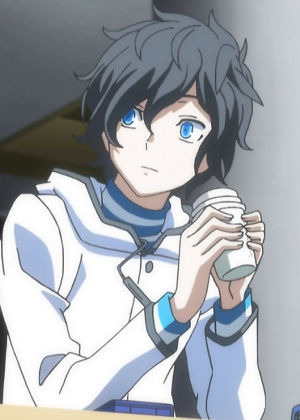 Outrageous they take an incredible character from the game and then ruin him by giving him every bad trait that a typical shounan lead can have. Not only is he stupid, but he whines non-stop and repeats the same words across the series like a broken record. This would be as bad as turning Okabe Rintarou into Shu Ouma.

Could have been a fresh new look that main characters need in anime and bring something new and be very memorable instead he will be a main lead from a poor anime adaption that will be forgotten. Unremarkable and annoying and I don't see how it could have been hard to make him like he was from the game. Hopefully Hibiki Kuze can serve as a painful reminder of not how to do an anime adaption where you completely change the personality of the male lead.