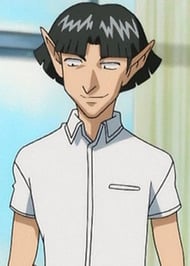 I bet he is even stronger than all the grand masters and Yami... he hasn't shown his true form yet!!!

this man could make a whole government and still be succesful

At first he is quite the guy to hate,

especially in the anime (even I didn't like him at first) but after the anime arc ends, later on in the manga he becomes more funny and much more likeable,

And prettty much every scene he appears on he's very funny and is one of the few characters to actually make me laugh out loud.

but yeah he's much funnier and likeable in the manga as you progress through it.

Without him, Shinpaku alliance will fail

haha yeah i agree with Metalheadotaku, it's definitely a love/hate