At first I was like he's nuts than reflected a bit and realized I've done the same shit he does, so I can't judge. Plus I relate to him in many, many, many ways. Like the fact of wanting friends but being hard to get and to agressive/sensitive. We both react the way we react cuz of pride and feelings. He also wasn't totally wrong on throwing his shake on Shizuku cuz coming from someone u just met and thought was a friend to tell u ur friends u've known longer that they were using is hard and u think is sth insensitive to say. But let's not forget she's a very straightforward person and very direct when talking. Yes, he might seem possessive but the reason for it is cuz in some cases when u have a friend/bf/gf/lover and they meet someone they seem to get along with u get scared of getting replaced, abandoned or/and cheated. Plus u think they might forget about u if they are always with other ppl. And it hurts to be replaced or abandoned cuz u thought u had it good but turns out they didn't see it like that. Bonds are sth important for humans and if they lose bonds or feel like their bond with someone is being threatened they do anything and I really mean anything to stop that from happening.

At least that's what I think... To be honest I lost many bonds some important and some that just weren't really a good or/and healthy one. The less important the bond is, the less the person will fight for that bond.

Since he thought he was close to his "friends" he defended them, but after realizing it wasn't that good of a bond, he was able to let them go easier. Unlike the one with Shizuku he never had anyone defend him and show that they actually cared for him. So he tries 100 times harder to keep that bond 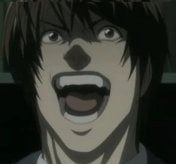 Okay, I dropped this anime at some point, I forgot when but I'm sure it was because of this character. Sure he's lovable and cute at times but NO, it's not okay for him to hit Shizuku and having a traumatic past does not justify his bullshit. He might be good at times and maybe he isn't necessarily a bad person but you cannot look past the times he hit her, and how possesive he was, it's really not okay and shouldn't be viewed as normal. Like the time he threatened to rape her in the first episode??? like wtf?? This dude really got on my nerves, I tried to like to him but I'm sorry not sorry, this ain't it.

p.s. Yamaken is better, people hate him because he was introduced late and is against the irrational Haru stans. I haven't logged in for months or even a year or 2 just to express how much this character is insufferable.

overall: I actually love him, he still needs to apologise for physically hurting her, but I do like him.

I can't help but love him yet also be like what the heck at the same time.

I love haru, he is probaby one of my favorite characters ever. People want to hate him becuase he is bad but he goes though so much growth and in the end he is funny and loveable. In the beginning he was cluless about love and anyone could argue that he was hurting shizuku but i believe he learned what it truley meant and shizuku ended up hearting him more.