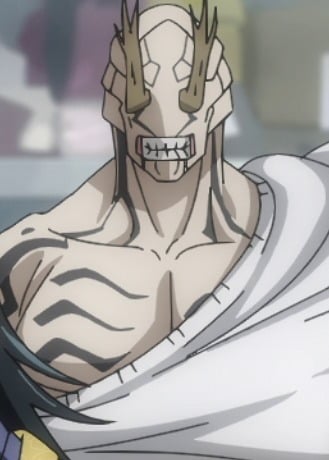 Those of you questioning gender, curses do not technically have gender. Unlike the patchwork human-like curse who reads as masculine Hanami is a mix of femme and masc. In a short after the credits you see both Hanami and the patchwork dude wearing female school uniforms while the volcano dude wears male. This shows how little gender plays a part in their existence

there s no way hes a male