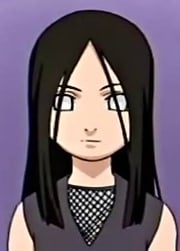 So much better then her boring sister

bro.. this whole thing was months ago i honestly forgot about this until i logged back in.

i do see your point on how naruto treats its female characters in a misogynistic manner. i don't think most of the girls are well-written or well thought out compared to the guys, but at this point it's just something i've come to accept. i didn't take your original comments as a personal attack but i'm glad you cleared that up in case there were any misunderstandings.

i think it's best to just leave it here. i don't particularly disagree with you and i feel like there are far more productive things to do than continue this.

Again, I apologize about my earlier responses, and yes being a housewife doesn't automatically make you weak or badly written if you have actual development and depth prior to being one, but because of how poorly the female characters in Naruto written, housewives in Naruto are the epitome of how the female characters are handled in the series...and Hinata is the best example of this.

Okay, I happened to stumble upon this again and decided to delete my old comments because they're pretty cringy. I'm also going to apologize to how rather rude I was coming off to you. I'm just going say this: being a housewife by itself is not a bad thing. However, in Naruto, being a housewife is portrayed as if that is the only thing for a kunoichi to really do as an adult once she gets married. To add on to that, being a housewife in the series for the female characters is less due to the "my choice to be a provider and stay at home mom for my kids" like most housewives in fiction and real life and more because it's the next step in being devoted to the men in their life, as the women in Naruto heavily revolve and are directed in life by their infatuation with men.

Yes, Hinata is an abuse victim, and she never wanted to be the heiress of her clan. But the issue with her being a housewife instead is that she has no actual character development before being a housewife. We see no actual progression of her as a character or kunoichi unless it is tied to her crush on Naruto. It never feels for Hinata that she is a housewife just because that would be her choice in life. She is written as a housewife instead as to be more ideal to Naruto as, like most women in Naruto, that is portrayed to be the next thing the female characters of Naruto can do to be even more of a satellite character for their love interests. You said that "whether a female character decides to remain as an active figher or not isn't indicative or a requirement for a multifaceted character, particularly if it's in a place where there's nothing but bad memories for them" and that is true for some series, but, in Naruto's case, it really is.

The series treats romance and crushes for the female characters to be top priority over being a ninja, and because most of the romance and crushes in Naruto are one-sided for the female characters. This is why the women in Naruto are heavily criticized. They lack character dimensional and motivations if you take out their goals and actions and beliefs that are connected to the men they end up with or want to end up with. You are right that Naruto characters as a whole regardless of gender have issues, but the female characters in Naruto and written in an extremely sexist and gender regressive way. The women in Naruto are either just love-obsessed or there to be the token girl, and almost all of them pale in comparison to their male counterpart Kishimoto during Naruto's run unintentionally had very misogynistic and outdated views, and it shows in almost all the female cast, especially Hinata. Being in the kitchen is not bad without context, but when adding in Naruto female characters being mainly just "developed" to be love interests, it is a bad setup and the epitome of why the women are criticized.

to clarify, i am not arguing hinata being a well-written character, seeing as wasted potential is prominent for naruto side characters. i am saying that just because a female character ending up as a housewife in an action-oriented series does not inherently make them weak or poorly thought-out characters. for hinata specifically, while i do have my own criticisms of how her character was handled, such as mostly focusing on one trait of hers and ignoring the rest, none of these complaints i've seen so far take the context into account.

a lot of people seem to gloss over the fact that hinata is literally an abuse victim; her hesitance and weak will stem from the physical and emotional abuse by her own father. so when i say that her not wanting to be a part of the lifestyle that has caused her nothing but pain, this is what i meant. why should she want to be clan heiress of the place that's the root of all her problems, especially when she never wanted to be? and why should she take it upon herself to fix the systematic oppression that's been going on for who knows how long, even when her own abuser never even apologized to her? expecting abuse victims to fix all of the problems and clean up the mess of their abusers is a shitty mindset, and they shouldn't be blamed for simply wanting to stay away from such a toxic environment. even if these are fictional characters, using this type of logic lacks understanding on trauma and its effects.

this absolutely sounds like personal disappointment lmao. i already explained why this overused complaint sucks, so i won't go over it again. whether a female character decides to remain as an active figher or not isn't indicative or a requirement for a multifaceted character, particularly if it's in a place where there's nothing but bad memories for them. if this were just about how poorly handled hinata's character was then that'd be valid, but expecting her to "fight for her title" when that was never the point and getting upset because that didn't happen is not some Grand Objective Criteria for "bad female characters".