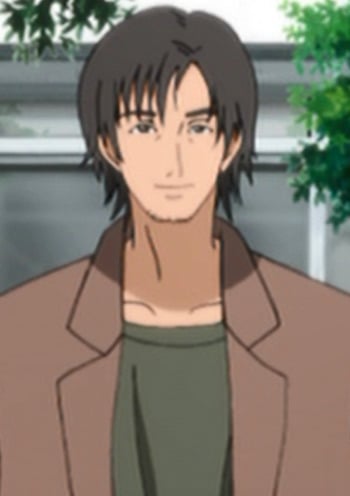 Lol no. Hajime was a rather authentic outlook on humanity. His character is moreso a representation of morality. Tsugumi is a symbolism of the ignorant- those who believe that all who are evil must die and repent in hell for all eternity, which is a rather dumb and shallow mindset. Hajime is the yang to that ying- while he does believe that many of Ai's victims may deserve to die, he stays true to his own beliefs: that consigning someone to hell and getting revenge does nothing for anyone. It's temporary relief, sure, but at what cost? You consign yourself to hell in the process, is it worth it? No, because in the end, both of you go to hell. Now, you see, Hajime tries to solve things in a civilized manner, by uncovering the truth so that evil can be rid of without the need for putting yourself in a contract with Ai that sends you to hell. It's a very simplistic but powerful role that he's given. This is why I hated Tsugumi, his daughter, but found her character to be necessary in establishing themes found in Hell Girl.

You can call him annoying, but that doesnt change the fact that he's an overall good character. Asuka Langley is another annoying character I dont really like, but I think she's extremely wel written. This also applies to Shinji from the same series. My point is, yeah he might be a little annoying, but he works. Not everything is about "ree kill bad people". That's what civilization is, order, not a bunch of maniacs killing every wrongdoer because "ree he bullied me".

And yes certain episodes were very... AAAA. The episode with the dog dying, that got to me, that hit close to home, I understand why you'd want to kill that bastard in that episode but, no matter, you dont consign thme to hell for that. Their time in hell will come when death catches them, right? 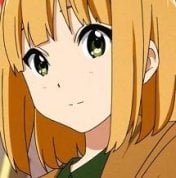 Wow looking all these negative comments I feel kind of sad. I fucking loved this man from the first time he appeared.

And all of his backstory didn't change negatively what I felt about this man. Yeah he was quite a workaholic and abandoning his wife at wedding was terrible but other than that, I fail to see his problems about his job. Doesn't his wife know about his job before marriage; he must have been that kind of a workaholic person from the start. He was a journalist, what do you expect when important news worthy things happen; he must go to them to earn money. Because he was a journalist, lots of person thinks he could have said "Nah man I wont go now, another person should write about it, I'm sleeping with my wife or having dinner or shopping with her." and not go to his job. Think it like this what if he was a doctor; could he leave patient dying "Nah man my wife yo!!".

Yes he was at fault to leave her alone and make her feel alone but do you think that enough is justify her wife's actions. When having a small baby meet another man. JUST WTF!! Do you think when her husband sees her was the firs time he met with the other man. I mean she looked like she was kinda close with that man so they must have been seen each other more than that so you know she must have leaved that small baby to meet that politician at least several time (Quality mother material right there!!). And you say not forgiving her is his fault!! Yes, her loneliness made her do that but you know she maybe... I know just a crazy thing but I'm gonna say it... could have divorce with him?!! And that man he just lived with his daughter and never said a bad thing about her mother; even though she cheated him. And visits her tomb...

And at the last episode I fell in love with him. WTF man you made me cry like a bitch!! Crying at the car crash site, saying "My fault...." and shit.

And trying to stop every person on wrong. Man you da man!!! Revenge doesn't solve anything, doesn't bring back what you have lost. And at that anime you go to the hell for it. Why would any sane person would revenge like that. And he wants to stop them. MY MAN!!!

what a whiney bleeding heart. he should listen to his daughter and stop being a little bitch.