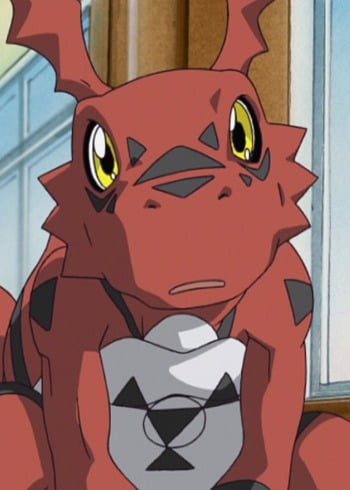 Guilmon is a simple-minded Digmon created from a drawing by his affectionately nicknamed tamer, Takato-mon. Despite his rookie status and less than menacing appearance, the amicable monster boasts a ferocious appetite, monstrous Digivolutions and a destructive Pyrosphere attack that all help keep his enemies in check. Guilmon shares many Digimon's enjoyment of fighting, however he gets his true pleasure not from battle, but from having fun with his friends in the human world - particularly if it involves eating bread from Takato's store.