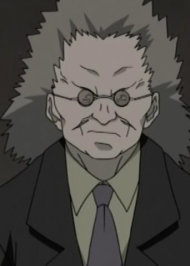 A guy like this makes low lifes like, Jaba the Hut, look good.  He has no redeeming qualities whatsoever.  Sure, not every decent evil character may see humans as more than chattle, but even they usually respect them as a resource, but ths creep is not even capable of that.  He thinks of people more like lemmings or less and use them as sheer numbers to dispose of or throw at problems.  Ya know even great money grubbing entreprenuers realized the concept of how much more productive happy workers were.  I guess he is too stupid to comprehend his business empire will surely shrink with that anti human approach.  How could you get much out of hopeless workers and poor consumers?  What a moron.  The only thing he is good for is wiping the poo of your shoes on.