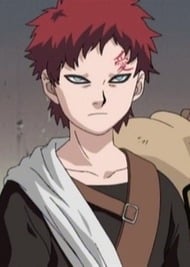 Why is it that when there's a major surge of love for a character (any character, really) in a series and things actually start happening that puts a spotlight on the character (example, Gaara as leader of the Allied Shinobi Forces and dueling his Dad and facing Madara and ...mask man -I won't say it >:O - ) that character gets lots of hate as well? People waited this long to make their decision or change their mind? Sigh..Gaara is so cool though! :O

Goood, Liam o Brian's voice is so perfect for this character. His gravelly, old-man voice is so sexy LOL 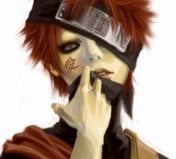 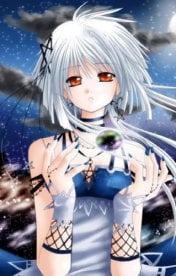 Unbelievably overrated. And the worst part is, most people who hate Deidara(a character with personality), do so because they're Gaara fanboys/girls. I don't hate him, nor do I think he's emo, but his popularity seems completely unfounded.