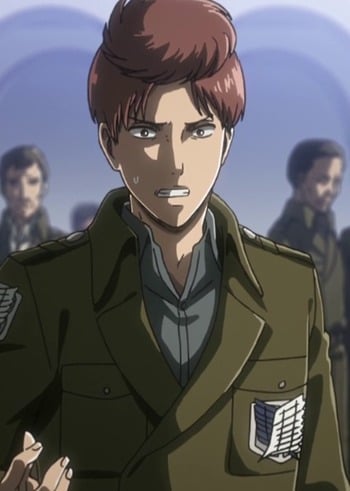 I don’t hate it because he suffers from an understandable illness. He saw Eren and said, I damnly choose him and I don’t care about others.

Everyone focus on Gabi but he's the real one we should hate, change my mind

Both him and Eren are wrong no one should never had the serum, because it wasn't fair for all of their friends and comrades, that never survived, deciding one life over another was wrong, trading a life was not right. They'd only made things worse for themselves. And after their argument 4 years later, they made up, formed the Yeagerists, planned on wiping everything outside of Paradise, and only made things much more worse.

His hair is so weird, looks like a nest lmao.