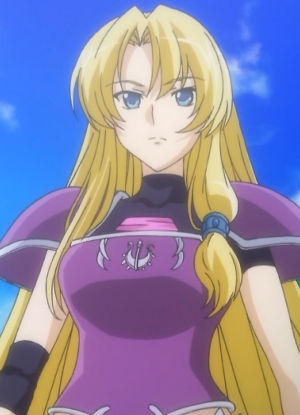 A raging bitch who only ever seems to stuff her face with something called Dangos, when she isn't accusing Ryner of being a sexual predator for seemingly no reason other than to make him suffer an even worse reputation on top of the persecution he already suffers from being an Alpha Stigma bearer between her attempts to physically assault him.

This makes every contrived 'emotional' scene ring quite hollow and emotionally manipulative on her end, given the way she constantly treats him like garbage throughout the series until the few moments where it starts looking like he's finally going to snap-when, like a typical abuser-she pretends to care about him, so she won't lose her punching bag or suffer any consequences for her abusive nature.

It's actually kind of incredible-despite nearly having been a victim rape herself, she has consistently been shown to have no qualms whatsoever with spreading false sexual assault accusations about the man she claims to be her "friend" to pretty much every new person they meet without a shred or remorse, self-awareness, or reflection for the constant malicious slander she spreads about him.

Easily one of the most despical women I've ever seen in an anime.

She IS badass. But I don't find her demeaning personality towards Ryner, plus her violence towards him, cute. It is not, it does not add to her charms nor does it show as a love form. Violence is not a form of love. It is annoying. 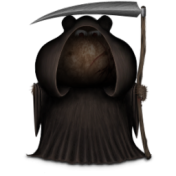 Seriously? People actually "adore" this character? I guess there really is some truth in the saying that you can find anything on this bloody planet...