a sheltered  native  busybody, but her  heart is in the right place 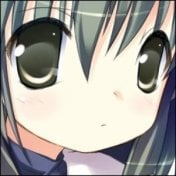 All you need to know about her is revealed in the first 9 minutes of the first episode. She kicks a guy and draws a knife on him based on something he THOUGHT about. No only does she show utter disregard of peoples privacy, she also demonstrates an unwillingness to think further than her emotions.

Felicita at first glance looks like a bad ass main character and then you get to know her and realize that you were wrong. She is annoying always butting in on other peoples business. And she cant make up her mind. She alway causing trouble for other people and the way the ending made her seem somewhat stronge was just stupid. Plus they make it seem like as if her character develope, which it didn't, she still an annoying brat.

This bitch is annoying as fuck! she is always in somebody's business! Everytime something happens who's the first to start asking questions? Felicita! She's so extra her character is annoying as fuck! She feels that if she wants to know people better she has to be in everyone's personal life, that's why Nova put her in her place about shit like that and then she got upset and Luca had to say something to him! This bitch cannot take critizism -___- and EVERY FUCKING TIME she's in danger (when it's her own fault) SOMEONE HAS TO GET YELLED AT! Like what the FUCK? fuck Felicita if I were to be in the famiglia I would go off on this bitch every-fucking-time she did something that piss me off and eventually I would hit her in the face and get kicked out the famiglia! She's just an annoying little bitch, if I were to be in the famiglia and she tried to get to know me, this bitch would not know a single fucking thing and if she reads my heart I would fuck her up! :) k bye ^_^