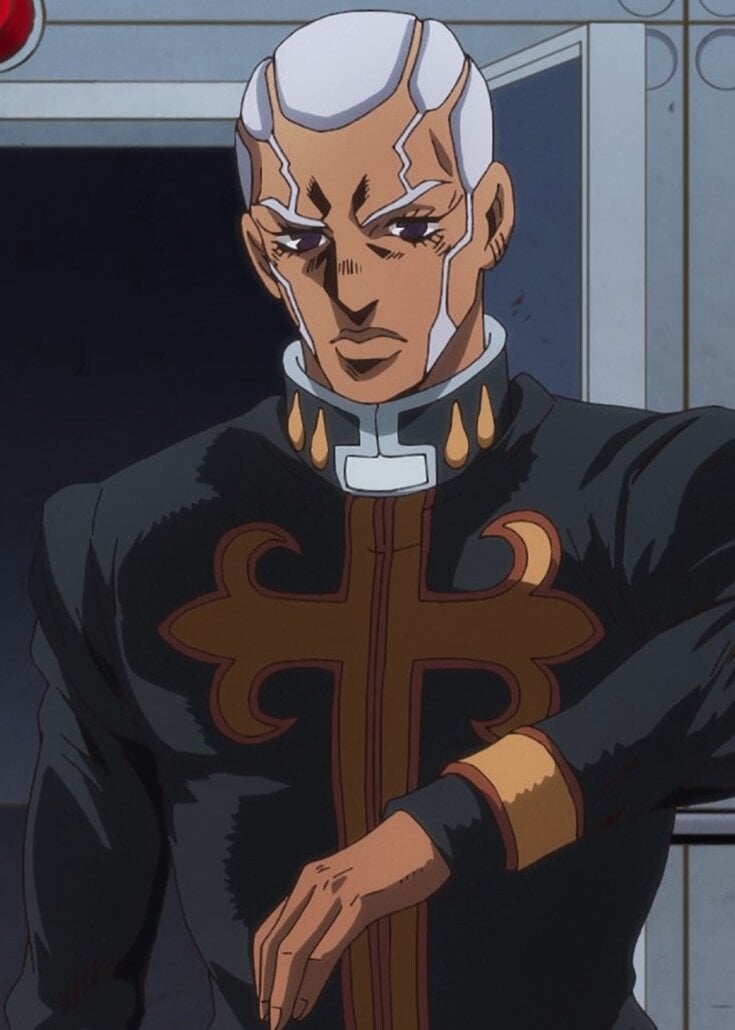 Great character about to be ruined by Normies when part 6 is confirmed. R.I.P

Best moment is when Emporio popped his head like a watermelon.

Though honestly, if he had been a character in Chick Tracts, he would have been far more heroic than almost every characters that Jack Chick intended for the readers to side with. The universe where good people from FLight 144 goes to hell is the kind of universe that could really use a resetting.

Man, Araki sure outdid himself in the bizarre department with Made in Heaven. Oh, well, Pucci still was an awesome villain.