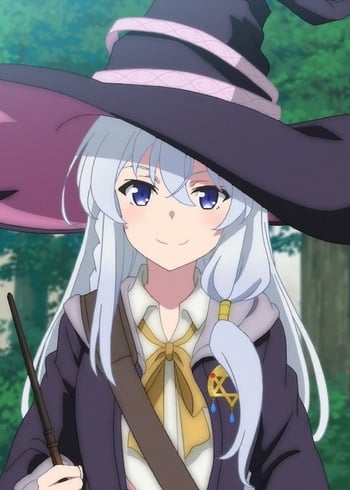 I spent hours typing and editing this.

I am not forcing my ideals (at least, I don't want to). I don’t care what Elaina believes, what morality she upholds, or how she behaves, as long as her character is kept consistent or changes for a clear reason. I just want to analyze this character because I have never felt such a need to deconstruct a character before, and I am interested in how other people's perceptions of her have changed due to ep. 3.

I knew those promises were going to be broken the second I heard them spoken. I don’t mind them being broken, because I was expecting them to be broken. I just don’t want a broken execution of the deconstruction of those rules to take place. I must admit that a partial amount of the blame to me getting upset about Elaina in episode 3 (before watching ep. 4) was because I spent hours reading people’s comments (on a different anime watching website) saying that the episode was good because “good storytelling”, without giving any reasons as to WHY it was a good episode or WHY it was good storytelling. [To be clear, the people I'm talking about specifically said it was a good episode "quality-wise", not a "good episode" referring to their enjoyment of it.] The writer giving Elaina an apathetic personality (at least towards humans with little/no magic) out of nowhere and having the character spit a dark moral from events she moderately influenced is not “good storytelling”. The introduction to this character trait should have been gradual, or it should have been made clearer as to when she [would begin to/started to] behave this way. When I saw that scene in ep. 3 when she ignores the guard and starts acting all high-and-mighty, at first I thought that the flowers were possessing her or were changing her behavior. I literally couldn't recognize her. She had never acted this way prior to the episode, and the only hint before of any negative traits (besides the one that was called out in ep. 1) was in ep. 2 when she expected to get a quality room for being a witch. But that explanation could simply boil down to “being a certified witch would normally have given her those perks, but the missing brooch changed the hotel owners’ perception of Elaina into a perception of her being a ‘lesser witch/apprentice’, and that perception caused them to turn her away”.

I KNOW that the only reason she became a witch was to travel. It is very clear that she does not care at all about using the large magical talent she possesses to help or protect others (at least as a long-term goal). However, since her first act after leaving her home was to help a young witch-wannabe, even one that tricked, stole, and deceived her, I certainly wasn’t expecting Elaina to be so BLUNTLY COLD to the next few human beings she interacted with. After ep. 4, I can now see the author wants to present that Elaina has a mindset of “I’ll only help you if you can give me something in return, and I won’t help you at all (or I’ll pretend to care about helping you) if you aren’t a witch”; however, Elaina went out of her way to help Saya, without demanding any retribution or apology from her, so that jump on the spectrum from Elaina’s kindest and most supportive attitude in ep. 2, to her coldest and most nonchalant behavior in ep. 3, REALLY didn’t sit well with me.

I know that Nana has been brainwashed, but she honestly believes that the Talented are powerful threats to humanity (and this is partially true in theory), and she feels justified about killing them. As far as her character is concerned, I’m waiting until this mindset is inevitably challenged/changed. She doesn’t disagree (yet) with what the higher-ups are asking of her. But I know that many real-life employees aren’t allowed to verbalize their dissatisfaction with what tasks they are given. The case is a little different in TN, since Nana currently has no objection with her mission.

My issue with Elaina isn’t that I disagree with her mentality/actions in ep. 3, it is that I don’t like how the writers gave her such a malicious attitude after her kindness in ep. 2. Before anyone mentions it, I know ep. 3 is quite an early spot to claim "Elaina has contradicted her pre-established character across only 2 episodes", but it was such a stark contrast that I felt the turnaround COULD NOT AND SHOULD NOT HAVE surfaced this early. If the events of ep. 3 had taken place later on in the series, after events that signaled a great contrasting piece of Elaina’s inner personality was about to be explored, this episode probably would have been a top favorite in the series for most of its audience. Having the character witness and impact cruel events and arrive to such a cold, dismal conclusion about what she witnessed, would have ramped up the attention to and the longevity of that episode and the series as a whole SO MUCH MORE than the episode already has for much of its audience. But I’m not going to compare what was given to what could have been actual “good storytelling”, since some people will just label this point as “muh fanfic”, without knowing what actual objectively “good” narrative storytelling is.

I don’t really consider Elaina “evil”, just heartless. I now realize that that heartlessness is gestured towards a specific group of people, but it is still apathy nonetheless.

As for the “has done nothing that made situations worse” point (using the word "that" causes the statement to include ANY actions that directly/indirectly create negative repercussions): She took those flowers from some random sus lady into the city (but that is really a small mistake that any new witch or traveler would have made eventually, so I don’t give her too much flack for that mistake. She unintentionally made a situation worse.). However, after that honest mistake, she has enough judgement to return to that garden and see the guard being killed, but she absolutely ignores any dangerous implications from the aftermath of that event. (It is debatable what she should/could have done about the guard.) She witnessed herself that the plant would convince others to bring its flowers into the city, but she knowingly left that situation alone and made it worse than it could have been. Burning the garden would have at least have lessened the quantity of that plant, even if total annihilation was impossible or not her duty to perform. I’m not arguing about her motivations or morality in this section (because that is mostly subjective), I’m addressing that she did in fact make that situation worse.

The situation in the second half of ep. 3 is much more complicated for her to have dealt with, but she did in fact worsen that situation. She convinces the kid to give Nino that “depressing” present. When she allows herself to stay for lunch, after hearing the malicious intent from the perpetrator himself, and even witnessing the abuse herself, she ALMOST threatens the mayor, but then decides to feint it and just repair the broken dishware. This decision is worse than for her to have committed to disposing of the mayor, because now tensions between the family will be more unstable than before, regardless of that gift. And when Elaina finally remembers the ending to the story she told (which had a very predictable conclusion based on the tone of events throughout the episode), she chooses not to turn back to warn Nina and the boy of the repercussions of sharing that “gift”. Again, I’m not arguing about the morality of her decision or against that decision itself, I’m just stating that choosing NOT to turn back and warn the two of them did guarantee that their situation would only escalate downhill from that point onwards.

To ACTUALLY argue the morality of her actions: She is like a person who gives a homeless beggar a coin, unintentionally throws a lit cigarette at their cardboard-box home, realizes their mistake, but then walks off thinking, "It sure is sad that their only home is burning into ash". The "immoral" deed is that they walk off without settling the situation, and they dismiss the situation as "sad but unfixable". What should be done is subjective, but choosing to do nothing is what is "wrong". Sort of like a bullying situation, but the person is both an unintentional bully and an intentional bystander.

@James, i believe you are not analysing but rather forcing your own ideals.

In the first episode, her mother made her promise three certain things. So far, how she acted in her journey is in compliance to those promises. It has also been emphasized in the first episode that she wants to travel the world: helping people is not and has never been her objective nor was she promised to help as many people as possible.

Do I agree with Elaina with not helping the guard? No. Do I agree with Elaina leaving Nino? No. Does that make Elaina evil? Definitely not. Just like how ignoring a beggar on the street doesn't make you evil, her decision to leave things the way it is doesn't make her a bad person too. So far, she has never done anything that made situations worse.

(It doesn't seem like there's spoiler function in character comments. I wish there is so I could further discuss why Elaina is the way she is without resorting to spoilers.)

I agree with all you said (except for the camera thing. That is a terrible excuse to ignore Elaina's character flaws that people seem to keep using.)

If episode 3 (and/or ep. 2) didn't happen (at least this early in the series), I would absolutely appreciate the direction Elaina's character is being taken. As the series goes on, I am either going to accept Elaina's apathetic side and consider ep. 3 as an early demonstration of her more "harsh" ideals, or I am going to become disappointed about the caring and compassionate character traits of Elaina in ep. 2 being scrapped for this "dark Elaina". It just depends on how consistant and improved the anime makes her character in the following episodes to come. I enjoyed ep. 4, but I know I would have liked it more if I didn't see her at her worst in ep. 3. Acting like humans with little/no magic are just animals to mess with and watch how their lives become/are terrible kinda turns me away from her character. [This is a little strange for me to say though since the protagonist I enjoy this anime season the most, Nana (Talentless Nana), directly believes the same(or would it be the opposite?): humans with powers/talents are horrible monsters who should be messed with and manipulated in any way in order to end them.] However, Nana is a more consistant & enjoyable evil nefarious/immoral main character than Elaina (and the reason(s) Nana believes this way has been hinted/explained in the anime). And characters such as Ainz & the other NPCs (Overlord) have reasons (or behavioral conditions) for their evil actions that put them in a sort of different category of "evil" than Elaina and Nana.

Sry for this little analysis, I just care deeply about the characterization of the protagonists I watch in anime, so I delve a little too deep sometimes.

(Also, a small important question: How do you set up text as "spoiler"? Some of this may/may not be considered spoiler-y for some people, and I don't know how to mark it that way.) 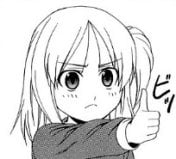 Hate to break it to ya, but she's more willing to help fellow witches than the muggles as evident by episode 4 so you might want to keep yourself in check.