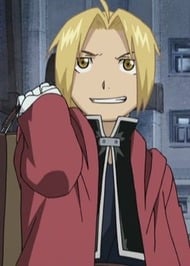 Fullmetal Alchemist,I thought the anime for Fullmetal Alchemist is horrible but OH MY GOD the manga is even worst.Take all the bad things that garbage anime has to offer and then multiply about a hundred, and there you have the manga.Just pure filth,Edward is more annoying there,and I didn't think it's possible,Alphonse is even more useless,all the other characters sucks.I mean imagine reading the manga and feeling good about yourself, like you actually did something valuable,like you actually accomplished something.Haha,oh boy that could never be me,trash series and the artist is terrible.It's just one of those things where they got lucky with the anime because if it wasn't for the anime nobody would know about Fullmetal Alchemist,we see so many to that to where garbage like Demon Slayer gets an anime, and then it blows up.If this did not have an anime nobody would even care, that's how bad it is.But now that the anime has gotten so popular people wanna go back to the manga and acts like it's really good when nobody even care about it before.