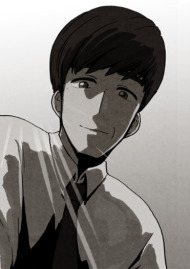 "He's a bad person but a good father" he literally manipulated Jin throughout the story, not to mention is a mass murderer and literally tried to lead Jin down the same road, making Jin an accomplice. He's not a good person, and most definitely not a good father. That said, he's still a really well written character, but his depth doesn't make him a good father.