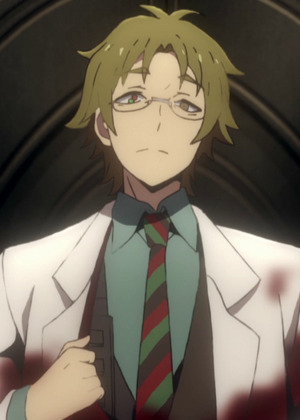 After watching the show I cant say anthing other than... DISGUSTING!!

I liked him in the game, but the anime kinda ruined him for me.

He's a character that grew on me after finnishing the game. (i left finding him annoying and pitiful, just that)

But... months later i went to read the manga and all characters get more fleshed out, including him and that made me somewhat like him a little.

HOWEVER, with the manga prequel "Satsuriku no Tenshi: Episode 0", he became SO MUCHHH interesting, like??? thank you, i love him now.