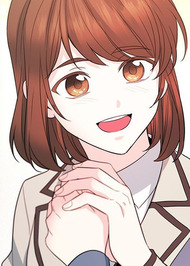 I see a lot of comments saying she is insecure about being surrounded by such handsome guys.. I haven't started but it reminds me of odds one out on webtoon. A bunch of pretty girls became the main character's best friends and she is constantly compared and she felt upset. She ends up hurting their feelings because of her emotions, but eventually apologizes and realizes it doesn't matter to them. Her friends think she's beautiful and know she is a great person.. I don't remember exactly.

If anyone has gotten far enough in this manhwa, does she apologize for her actions or come to realize how she's a beautiful person and others' opinions are irrelevant, any kind of moment of realization?

If your surrounded by a bunch of handsome people and a extremely pretty girl no wonder she feels insecure. I would to if I was in her situation. She's a nice girls and I wish for her to be happy.  🙂

Exactly as auroraphrenic said. Dani's behaviour is honestly quite realistic. Obviously, anyone would feel inferior when surrounded by beautiful people, both inside and out, and adding onto that, there is no chance of romance in her point of view due to being in a novel. Instead of her emotions coming out as jealously, she has accepted that (in her eyes) she will never be as good as the heroine. This mindset is used to almost protect her. She almost slipped up in middle school, but the blue haired guy only comfirmed her thoughts that she will ruin her friendships if she ever develops romantic attractions to any of them, and also how they would never see her romantically either. Though, to us, it is perhaps obvious that some of them are now attracted to her, to Dani, it isn't that she doesn't want to like them. It's that she simply isn't supposed/allowed to, and that there is no chance for her even if she did. She's also expressed how fearful she is that if she does, in fact, start developing feelings but they still like the heroine in the end, that she might grow to hate her Ban Yeo Ryeong.

I see that some people might not understand the reason behind her behaviors. However, I think she's a great example for insecure and traumatized people. Ham Dan-i cares about everyone around her and yet still hurts her friends unconsciously because she feels inadequate especially after spending most of her time around 'flawless' Ban Yeo-ryeong and Four Heavenly Kings.

Her isolating herself, not sharing her concerns and feeling like a burden makes this character more realistic and relatable. I honestly can't wait to see Ham Dan-i understanding that she's valuable and loveable the way she is.

She is an utter B****. Like... she acts like one towards people who have been nothing but nice. She doesn't give people a chance. I am on chapter 41 and it is like she just gets worse. This is bad since the webtoon is a good one but she is literally bringing the damn story down.