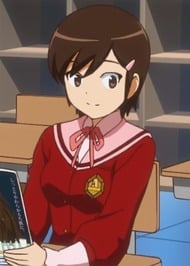 Goddamn her development was good

Her feelings were more real than the other girls, even when she was a bitch to Keima.  That’s why she gets my vote.

Side note, she was originally only supposed to be a mob character, until an editor told the mangaka that he liked her character design.  After that, she became a regular part of the cast.  Gotta love an underdog👍🏽

Not my favorite character but I really like her and she's the one who belongs to Keima. Normal girl is best girl, here.

I hated her. She was a true ASS till the very end. (read manga) .. the whole world literally had to revolve around her xD