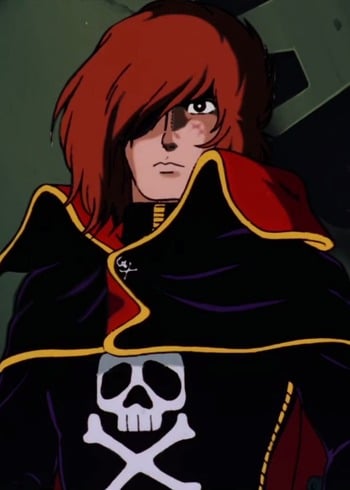 Why are the pleasantries down here so sparse. Harlock is peak male perfection He isn't a hero by way of Superman, but instead lives life only fighting for what he cares about. Selfish way of living, sure, but it's what peak humanity looks like so get used to it ladies. The man only wanted to save the earth so his best buddie's daughter could live there, when she was off planet he literally didn't give a shit about earth until she was safe. He would have let everyone die for one person. He drinks constantly and his current companion is an alien who is predisposed to be an alcoholic. No better way to live really. Just a goddamn inspiration this man, and also one the coolest character designs ever.

he is so cool.