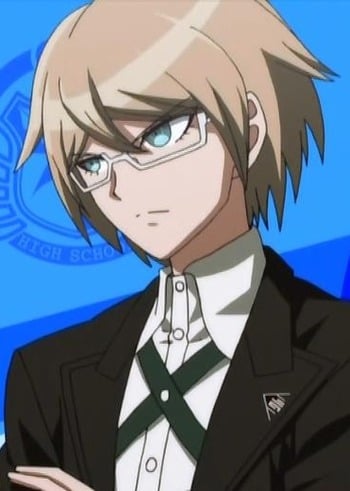 I am not particularly partial to him, as I feel his character is a tad bland and vacant, but I respect how he conducts himself during class trials.

honestly a pretty plain character, i don't hate him but i feel like if he looked like he does in goodbye despair in the first game ppl would hate him lol he's only loved despite his douchery because he's cute

Whew, was he tough to mostly like since he has that much of an ego. It's impressive for how much he actually was able to irritate me like he purposely was made for. Still, he becomes a lot more respectable later on, even though he's still sort of a jerk.