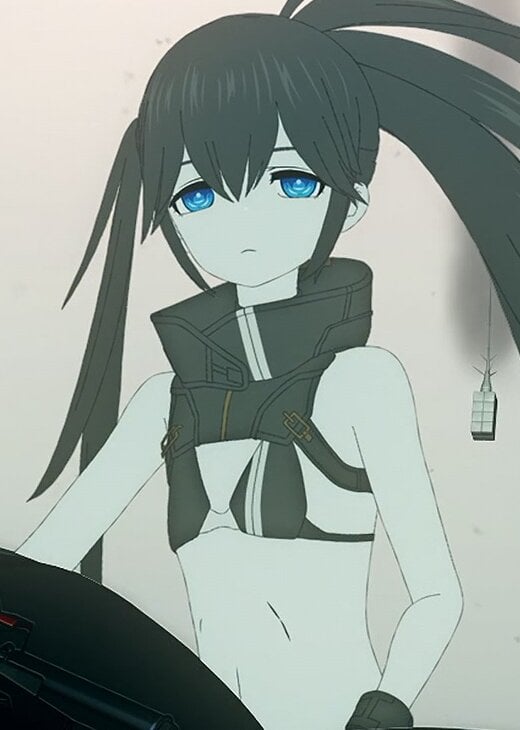 I love her she's so badass

Which kinda explains why I love the combination, black hair & blue eyes now.

I must disagree with Kurugaya, I think Black Rock Shooter's personality was fine.

Obviously the show was basically one big metaphor, filled with tons and tons of other metaphors. So I remind myself of this when thinking about the character. Being that there are lots of metaphors, there is a lot of individual interpretation/opinion to develop.  I liked the show in it's entirety because of the plot with the characters in the spiritual plane, but more than just that, I like drawing my own conclusions about what metaphor they're creating. Some of them are obvious, like the macarones, and some are much more discrete.

All of that helps to transpose Mato's personality unto Black Rock Shooter, right from the beginning you feel a connection between the two; it feels like they're the same person, or that the spiritual equivalents don't actually exist and are just  dream manifestations of inner turmoil.

Thanks to this transposition of character/values/morals/personality, we can start to attribute more to Black Rock Shooter than just a blank-slate, you see, Black Rock Shooter is the best of both worlds, hardened and ruthless, yet passionate and caring.

Now I'd just like to take a moment to thank you if you took the time to read this. Thanks!