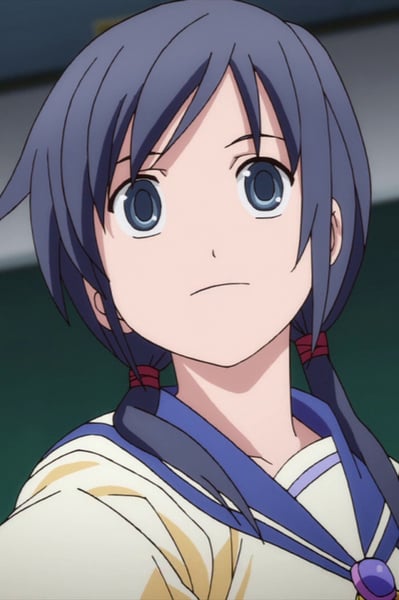 In the anime she a real G, in the game she's a dumbass. So like, I can't exactly hate or like lmaooaoao

I am so sad for her at the end of Blood Drive, she’s took it like a badass though <3

Man, I liked her in the anime.

BUT THEN THE FREAKING GAME... Omg she was annoying af.

Scary movies would be much less frustrating if they all had one character like Shinozaki on 'em.

Ayumi is one of the worst female protagonists (Blood Drive) I've ever seen.

Seriously. A 25-ish year old stranger breaks into her bathroom while she's bathing (unnoticed), watches her bathe, tells her to go back to the school of hell - Heavenly Host - because he "wants to help her" and she trusts him right away. This isn't being "realistically dumb". Any person with a brain would've been suspicious of him.