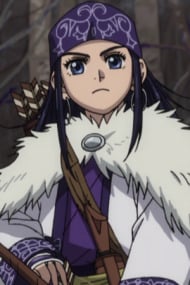 1. Asirpa you are a BADASS I'm so happy to have found such a strong, powerful, and well written female lead

2. To all the morons comparing her to "Nezuko from demon slayer" just because they look similar... stop. There's literally nothing similar about them except for their physical appearances. Asirpa is a much stronger female character and also older than Nezuko. You are just an idiot.

3. And LOLI? TF? Asirpa is NOT a loli. She's about 15-16 (while Sugimoto is in his 20s), calling her a loli is just GROSS the term is so sexualized, fetishized, and pedos use it. Just stop.

this character is so bad, i can't stand her reminder me of nezuko from demon shit Slayer

This is how you write loli characters. Take note anime industry.