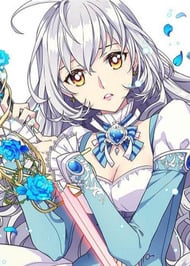 Its 2022, but for me I like her still. I think its Duke Zena's fault eh, she was given a chance to correct it so that people will be saved from that horrible duke. She become the empress because she is excellent in may ways which could help the Emperor govern the Empire. Many may hate her, but I love her. Love is blind mga besh hahaha. Atleast she tried her best to avoid Ruve and rejected him for so many times but Ruve proved that he loves her and even assure that he won't so what he did in his past life. Like hello, he was drugged so he is not in himself those times. I just think that Ruve in the first timeline, didn't able to know the true nature of Tia, he thought she arrogant and just want to be Empress for her benefit. Ruve didn't know how to love that time, until in his second life when Tia taught him to. So, no matter what they say. I love this manhwa!!!

DAMNNNNNNNNNNNNNNNNNNNNNNNNNNNNN! I get why everyone hates Ruve so much but in truth, was it not Duke Zena who is the one to blame for everything. Didn't he like poisen both Aristia and Ruve with like a drug that messes with your mind and makes you go insane, hence why Aristia stabbed Ruve the first time? I don't like what Ruve did but i understand that it was cause of the drug. It still upsets me, tho I blame the Duke. Also, NGL I think she should've been with Carsien as well. He was best boi. I hated that duke from the moment I saw him tho. He was so rude and sus for no good reason. Thats the spoiler I heard tho so I dont really know, I have yet to finish it...

.. shouldve ended up with carsein </3