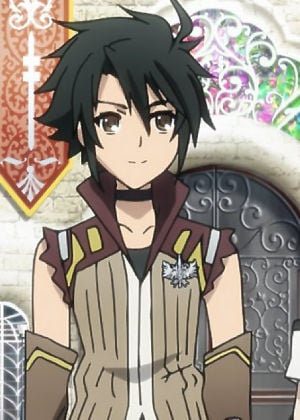 He seems like a pretty likable guy but he has less presence than Ady in the novels and even less development.  His whole involvement with Eleanora just feels unnatural and out of place yet like he is forced into an unbefitting role.  It is just a bit creepy though I don't blame him for an unrealistic relationship.  I just wish he wasn't the target of fanservice as it appears.  The arc with him hanging out with her just looks like a sad and late attempt to give him some personality and belated but failed attempts at development.  It is however precisely because he is treated like barely more than a shadow of Ady or Eru that any attempt to make him out the way his involvement with Eleanora is, just falls flat.