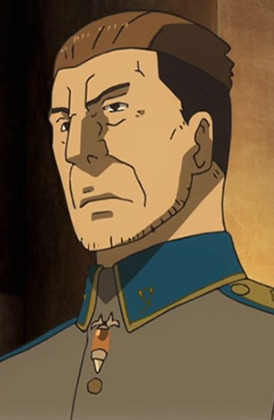 Anson makes a good villain.  Even though he kind of reflects the flat image of undeserving hate at the enemy with him it is at least a nice spoof of the character of Captain Ahab pursuing the White Whale.  Really though, he is the only one needed to reflect that pure hate sentiment but sadly several enemy characters do it too.  Yet at least in his case it makes somewhat more sense that war sent him mad and his character and story fits it better than the random masses of enemies frequently seen through the series.  He also starts out as a pretty solid all around character too.