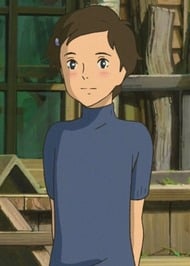 She was annoying but ok

Anna is maybe one of the most understandable characters out there in the animuverse. This story is phenomenal. It's fabulous writing and a perfectly obvious and yet tantalizing mystery that leaves me wholly satisfied. In fact, the anime's artistry is on point, the music is note-worthy, and the character development is beautiful. Anna wasn't "moody" and "suicidal". She was upset and depressed over something that any young child would be in her situation. She lost her parents when she was basically a toddler. Her grandmother died and, for a time, she lost the memories of her. She found out that she was being fostered and that her foster parents were being paid to raise her. She believed that she wasn't truly loved, but tht she was just being taken care of because of the money. So, yes. She jumped to conclusions and her demeanor showed true to her emotions, but in the end, she had a true realization that she was loved and always had been. She reconnected with her biological family and remembered the warmth and love that her grandmother showered her with during their short time together. Honestly, it's a really basic storyline and theme if you think about it, but they went way beyond the parameters of "basic" and this movie was done immaculately.

Normally, I would write all this as a review, but I would b hard-pressed to call it a review without any spoilers and do justice to what I wanted to touch on. At any rate- this is my rebuttal to Animeblcomicfangirl's ridiculous rant about Anna. Just because you think you're better than everyone else, doesn't make you "gifted". It only makes you sound infantile and pompous. I'll leave aside the fact that you basically ridiculed children that are suicidal...and said Anna was suicidal? Honestly! Wtf? All she ever said was that she hated herself. Tons of children go through MANY phases of hating themselves- not all; but MANY, MANY, MANY.  It's considered trope-y for a reason.

One of the most relatable characters.