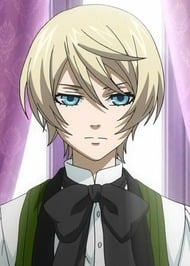 I'm genuinely tempted to start the series just for him.

The comment below is completely accurate. People are free to dislike Alois, but it shouldn't be because of something he can't control. That is in itself ableist.

"he had a bad past, so? most male characters do."

Not to this extent?? And not only that, those characters' way of looking at their past and coping is genuinely unrealistic.

We have a realistically mentally ill character of whom represents us SO incredibly well, and the fact that you guys shit on him either means you don't understand mental illness, or you just don't care about the mentally ill. It's 2022 now and you guys still shit on this character as if any of you know what any of this is like. I'm sorry that he wasn't sunshine and rainbows, but that's just reality.

And you can make the excuse "yeah but he doesn't have proper medication or therapy." You realize there are millions of mentally ill people who don't have access to these things? Think beyond 1st world countries. Not only that, but some mental illnesses can't be medicated. Especially the ones that Alois has been rumored to have, like BPD (borderline personality disorder). Beyond that, and this may be surprising to some of you, but therapy doesn't work for everyone. Some of us are legitimately wired differently.

It's aggravating when we see a character that actually REALISTICALLY represents mental illness, especially untreated, and he's shit on for that exact reason.

Some of you calling him a brat also don't understand that he's using that exterior as a coping mechanism, which is why it's not a jab at his personality, it's a jab at his mental illness.

Which is irritating, to say the least. I thought we were past this 'hating on the mentally ill' bullshit but hopefully the people reading this give him a deeper thought. You guys can also read my other comment, though it was written almost 2 years ago.

still a brat tho