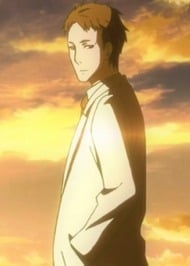 he is good and literally good villian in end

It was obviously horrible what he did but he's a well-written character. He's also actually pretty fair, he even helped the players. He's also doesn't love killing nor does he go out of his way to do it and he's not sadistic, just apathetic. Not that those things justify his actions, they don't. He's a well-written character and I'd like to know more about his past and about him in general.

Reading behind the lines, he did had a goal. It's to escape to a fantasy world... Doesn't change the fact that he have to trap players to join him inside the game.

I like Kirito, Azuna, and Kaiba because of Something Witty Entertainment and they made these characters the best they could be.