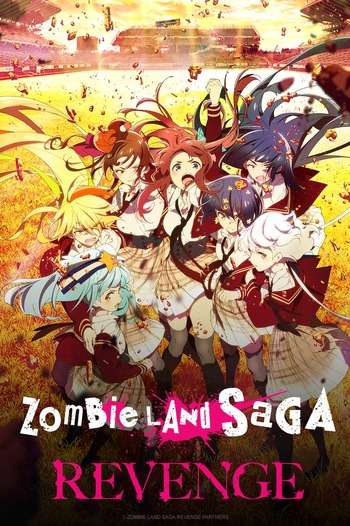 Well i really liked this season but the start was kind of slow but the later episodes makes up for that.this season didn't really tell us anything and I think this should and might get a season 3 and all i could i could this was a good anime and was definitely worth it.

Not much I can say about this but WOW. Mappa really stepped it up this season and honestly I don't know of many animes that can come back from a 3 year hiatus and deliver this quality of a season in all regards. From the beginning, our emotional investment in the characters is renewed when we are shown Franchouchou's passion to continue moving forward in the aftermath of a failed concert at the grand EFS stadium. Being familiar with their backstories and motivations, this season does a good job in pushing the script revealing more about the world and providing some very needed exposition into the backstories of members such as Yugiri and Junko. Ironically, despite being a show about undead idols, the show is very grounded in reality exploring the Saga prefecture and the aspects of the region that make it unique. Even the background characters are meaningful to the story as we are show again and again that idols are what they are because of their fans. The animation has been improved from last season with better CGI performances, better animation in general, and the songs are absolute bangers as usual. I laughed and cried a lot during this season which is something I don't usually do for most animes, forget idol animes. Would highly recommend to all anime fans including those who aren't particularly fans of idol animes.

this season is soo lit. love all the songs in this season. after returning from long hiatus it really step up it game. I think it will coming to the end soon. all love for Zombieland Saga.