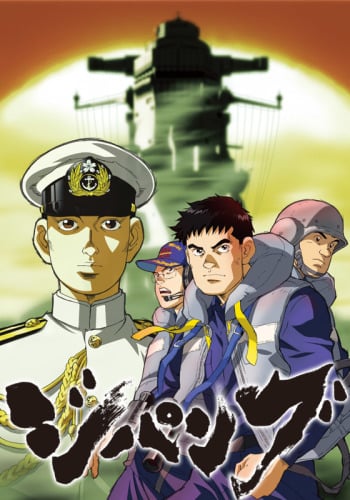 StoryWhat if you were transported to a less than savoury period in history? Should you leave things just the way they were and try to get home or should you try to change things for the better? Not the most original idea - but further, what if you can't get back? If that's the case you're going to make an impact no matter what you do, and even then what if the 'right way' to change history is debateable at best? In a nutshell that's the idea behind Zipang. Well that and reams of fanservice. I of course refer the depictions of warships so lovingly exact that a military otaku would cream himself. For foreplay the technobabble is piled on thick and fast, I'm no expert but I've been told these details are fairly accurate though liable to bend a rule here and there. Ultimately though if you were hoping for any other kind of fanservice you'll have to look elsewhere, as even the token female character isn't particularly attractive. Nonetheless, the writing does deal smartly with temporal ethics. The crew of the Mirai (which means future - subtle eh?) know well that WW2 Japan is not exactly an ideal country, but they still can't help but consider it their homeland. It's understandable that some are tempted to help Japan win the war, but others believe they should avoid all contact to preserve the timeline - or if they were to intervene, only to do so as neutral humanitarians. How these issues are presented and the various arcs where idealism, praticality and the motives of the wartime forces around them clash violently made for entertaining and often gripping viewing. Some of the solutions posed to the questions asked are fascinating - one in particular being rather shockingly so. For the most part Zipang doesn't come squarely down on the side of any of the ideas batted about - even characters who are antagonists may have a sensible point. Unfortunately there's no ending - which left me infuriated. I found the final arc to be easily the most compelling, posing potent problem after problem - absolutely none of which get resolved to any satisfaction. As such I cannot think of a single anime conclusion that has annoyed me more; but to Zipang's credit this is due to so much potential having been wasted. Further, Zipang has been accused of glossing over Japan's wartime atrocities, which is certainly a fair criticism - beyond a cursory condemnation of the wartime leaders the narrative glides over Japan's war guilt - though it hardly denies it either. Confined mostly to the sea Zipang isn't in a position to deal with that issue at any length. Admittedly the politics overall have a decidedly conservative bent, though the approach remains sane and reasonable (unlike some notorious and indulgently racist right-wing fantasies the premise resembles). Perhaps it doesn't help matters that Zipang is a rather dry and humourless affair, taking itself seriously often to a fault - this is the sort of show where people argue about political concepts while they wait for a bomb to fall. However for all Zipang's various flaws I consider this one of the more intriguingly written anime titles.AnimationOddly, only the Japanese of the WW2 era appear recognisably Asian, perhaps to make the distinction between them and memebrs of the Mirai's crew more obvious. While there are some rounded ears and the character designs are mildly peculiar I didn't find it particularly notable either way. Actual animation is mostly serviceable, with much of the effort focused on the decently integrated CGI models of the various ships and planes and bombers. These are frequently impressive enough to oogle at to make the animation not a total waste.SoundZipang's soundtrack is never too intrusive and always above par, from the rocking opening to the melancholic ending - with a rather nice jazzy number for the Mirai theme, the last of which is always prominently used in recaps. I found myself rather forgiving of seeing those recaps simply because I could hear that theme once more. Most of the score is conventionally but effectively orchestral fare, full of chords soaring upwards through the waves. Of the voice acting I don't have any complaints, though the appearance of American characters does involve some awkward Engrish.CharactersHow can you fault a cast that includes Isoroku Yamamoto? Seriously though, Zipang has some interesting characters even if their usage can be heavy handed - for example, the three chief officers of the Mirai represent three different answers to how to deal with the scenario. Conveniently there's also a military otaku onboard, whose hobby allows him to prattle off lots of statistics about historical battles and ship capabilities. Like many tech-oriented shows, the big toys are often the real stars. Easily the most interesting character in the series is Kusaka, a member of the WW2 Japanese Navy whose life is saved by Kadomatsu, the Mirai's first officer. Kusaka is demure, polite, a man of great intellect and ruthless charm - more than familiar with the faults of his own country but still very much a man of his time. Kadomatsu's a peacekeeper out of place and time but with guts and persevering spirit; he exists as a comprimise between the two extremes of the other chief officers, and perhaps the closest thing the series has to a mouthpiece of its own (though he too is no saint). How Kusaka reacts to what he learns of the future and how his relationship with Kadomatsu and the crew of the Mirai develops is easily the heart of the anime.OverallLacking an ending and rather stolidly executed Zipang can't claim to be perfect, but what remains is an intelligent and engrossing experience. Original, controversial and always ambituous, this is a rather absorbing gem of a series. I for one enjoyed Zipang greatly right up to the end and recommend it highly to military history buffs.

This anime is a must for military buffs. And especially those who love ships and advanced technologies that are used in modern warfare.The story too is good and immersing. You never what you would encounter next. The dilemma of the crew is realistic.There is one catch through that I observed. WARNING: SPOILER ALERT. The decisions that are made by the senior officers onboard even the captain are unrealistic and not wise enough. Those that man a powerful modern ship like that are more wise and cautious especially when they are in uncharted territories.But the military muscle and the detail military hardware like the missiles and weaponry are nothing but excellent.

Apparently partly based upon the concept of the move The Final Countdown , the plot follows the crew of the J.S.D.F. Aegis missile cruiser Mirai; both of whom are sent over sixty years into the past to the day before the battle of Midway while en-route to Pearl Harbor for naval exercises. The main idea that is floated for majority of the anime is "How much is too much?" in terms of meddling with the time stream, along with the idea of if you have the capability to allow whatever side you wanted win, would you do so? At first, the ship takes a neutralist standpoint - they do not participate in the battle, nor do they attack when fired upon. This all changes when they rescue a downed Japanese fighter pilot - from then on, the crew of the Mirai have decisions to make, such as "Is it better to save 1,000 lives at the cost of 300 others?" and the other somewhat usual thoughts that happen when people who have never been to war....let alone one of the bloodiest conflicts in human history. In the end however, it is slowly realized that they have in a sense created a deviated timeline from when they appeared. Now, the ending is a 'love it or hate it'. If you like open endings, then it's fine for you. If not, then it is a major issue, especially with the possibilities that were presented in the anime. Animation was good, especially considering it's age. The CGI (while blocky) is still not the worst in the world - each ship, missile, dive-bomber, fighter, and even individual shells are highly detailed, but slightly cartoon-ish in a way. Overall though, it's not bad. The music was instrumental, but it did not subtract from any of the scenes. It was always there, but usually quiet and added to the effect of the moment. Opening and closing songs were good as well.Characters for the show were stunning - the cast even included Isoroku Yamamoto! But in all seriousness - most of the main cast was filled out with the probing of their thoughts and how they acted. While a backstory on each was never given, it was still impressive the way complex issues such as "shell shock" were handled. 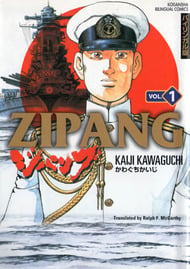