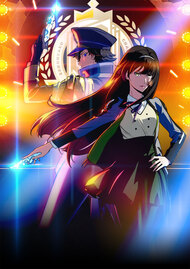 The year 20XX. Humans called ＜Concodes＞ and ultra-high-performance AI called ＜Codeman＞ team up as buddies to compete in the card battle game ZENOZARD. People are going wild with excitement at the world championships, THE ZENON. One day, Sota Azuma, an average high school student, is challenged to a battle by a mysterious woman, Eilietta Lash. She reveals that she’s a Codeman and that her intent is to team up with Sota and participate in THE ZENON. Sota reluctantly agrees. Sota and Eilietta’s first opponent turns out to be the super-famous player Shion Saionji, who attends Sota’s school, and her buddy, Ash Claude.

844 users are tracking this. Log in to see stats.

This will be a short review for this 27-minute introductory and promotional episode for the mobile card game, ZENONZARD. With being said, do not expect too much after watching this. Story:  9 points Under the increasingly popular Card Battle games, mobile or otherwise, studio 8-Bit brings to life a story about Codeman AI, Eilietta (Eili) Lash, and Concord human, Sota Azuma. Eili is in search of a human counterpart who she can pair with, which apparently is an extremely rare occurrence. In her random, but similar looking Ghost in the Shell opening appearance, she is looking down on the metropolitan city where Sota resides. A raven swoops across the camera and she disappears, only to reappear twice shortly thereafter. The first being atop another building, except in broad daylight. The second, being where Sota is (his high school gymnasium, then the nurse’s office, then the boy’s bathroom, then finally, his apartment). Once at his home residence, she invites him to play a traditional ZENONZARD game with actual, physical cards. After a long match, Sota reluctantly agrees to team-up with Eili and enter the professional circuit known as THE ZENON. Now together, Eili finds them their first match, which to Sota’s surprise, is against the super famous and super popular team of Shion Saionji and her Codeman, Ash Claude. You will have to watch this in order to find out what happens in their battle against the rookie team of Eili/Sota and the 22nd consecutive wins team of Shion/Ash. Animation:  5 points In order to simplify this, I am going to categorize this section as follows: Hand-drawn (8/10) – the character and background art are well conceived, colorful, and animated nicely CGI (2/10) – it is a 2019 production and how in the heck can CGI look this freaking awful, even for anime!? The computer graphical imagery is horrid compared to the hand-drawn, where even the animation aspect is noticeably of a lower grade. Inexcusable! Sound:  7 points The sound effects from the battles are adequate, but the dubstep-style electronica music went well with the colors and atmosphere of the battles. Characters:  9 points You can forget development with just a 27-minute promotional episode, especially when you it is clearly meant to promote the actual mobile card game. However, what we do know find out is that all Codemen are AI, and all Concords are human, and it appears to always be a team of two (one of each). Sota is likely the main protagonist for the continuation series, Zenonzard The Animation, and we get an extremely quick glance at Yorusuke Yorraiha near the end, who is likely the main antagonist, or probable leader of the apparent antagonist group. Overall:  40/100 points While mildly entertaining, I cannot recommend watching the entire series based on this episode alone. It is just too vague, too similar, and too bland when compared to other card battle anime. I personally will most likely skip the series, unless I am either drunk, gamble and lose, or if someone truly encourages me to watch it. It would not be the worst anime I will have had to watch before. There are a slew of others that are worse that I have already suffered from (i.e. W’z and Ulysses: Jeanne d'Arc and the Alchemist Knight, just to name two off the top of my head). Entertainment Score:  10 points Achievement Score:  +0 to Overall My expectations were Low, and it delivered Spot-on to those expectations. Age Rating:  TV-6+ (mild violence, but no one actually gets hurt) Additional Information: Video Format:  SD (480p) Audio Format:  Japanese with English subtitles Publisher:  YouTube Equipment Used:  Acer AN515-53-55G9 Nitro 5 Laptop

This episode was available on YouTube as part of a promotion for the upcoming series. I didn't expect much and I must say I didn't get much at all. Story is your typical, many times recycled card game with semi-decent characters but not much else. This episode felt very rushed, chopped up in places (I still don't see how the first scene ties in with highschoolers battling alongside AI). They don't explain why AIs are wandering around, you don't find out what the purpose or the rules of this game are. All you get is a main character with a dark secret (which turns out not to be so dark and is delivered in a very underwhelming way). Animation was okay for the most part. Then came the CGI. (I would like to apologize to Colossal Titan here, you were beautiful) Voice acting was fine, there was some pretty neat dubstep invovled (I don't see the purpose of it but it was there).  Characters, as I said, were decent. There's the typical main character, his AI sidekick, his best friend, a mysterious high schooler who tries to get you acquainted with the rules (and fails) and a very mysterious man in the shadows who, I assume, is going to be the main antagonist. Overall, if you like Yu-Gi-Oh and such you might enjoy this. But, it feels like a cheap low budget knock-off so don't expect too much.

Zenonzard looks like a promising series based on Episode 0. The premise is set in a futuristic world where, apparently, a card game has surpassed the popularity most popular games of our days. The card game is played in a virtual battle. There isn't much to talk about the story more than this as this is just an itroductory episode. The animation is interesting and fun. Character design manages to look fesh. However, most anime fans will be put off by the CG. The sound design and soundtrack was easily the most attention drawing feature of the episode. The music during one of the battle scenes was very good. Sota, the main character, is given a well enough background story. He is accompanied by an AI robot or codeman named Eili. Most of the episode revolves around these two going through them meeting and getting to know each other. All in all, Zenonzard The Animation Episode 0 has piqued my interest for its upcoming 2020 show. 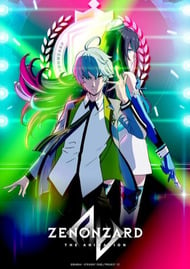 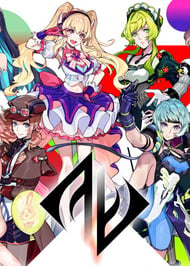