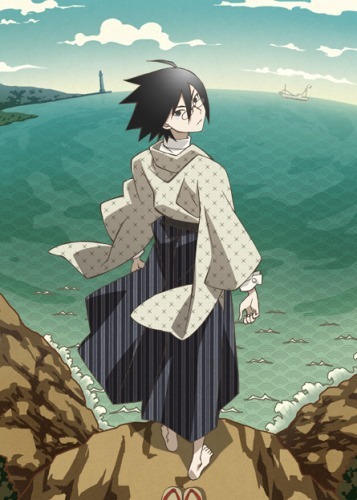 I'm not really big into episodic shows, but it was pretty good. I like something to get me interested watching the next episode. With no real story, there are no cliffhangers to grasp my attention.

I would say about half of the show was funny. A lot of the stuff I simply did not understand, because they would refrence things I would not know about. This is really a show aimed specifically at the Japanese audience. I really did enjoy it when I cought something. When I can relate to the show, it makes it a lot more interesting.

The voice acting and characters were the best part of the show. The actors did a perfect job portraying the characters. Back to the story. I wish there was more story, because I really wanted to know more about the characters. All were interesting, and had their own unique personality.

I felt this season was a bit more over the place compared to the previous seasons. There first 2 seasons had more of a story element to the skits while addressing topics but that's been somewhat replaced with even shorter skits, like skits in a skit.

Some of the girls have fallen out of flavor again or have turned back into a one line running joke while we are introduced to new faces that don't have the same kind of impact as the girls we already know and love.

Kaere has become just the panty shot girl again, Mayo doesn't really make an appearance but the running joke of the dog with a stick up its butt makes a regular appearance. Matoi doesn't get much dialogue other then the typical "I've always been here" lines.

So I still like the more story oriented skits from the first which really allowed us to enjoy the entire cast in its full glory.

The art style and the transitions are still top notch, maybe even better than before so the show doesn't change to much from the previous ratings i gave it. It's still a great show, it just changed the angle a little bit.

I have really enjoy the opening and closing scenes of each episodes where the voice actors and actresses are given an opportunity to showcase their ranges with funny dialogues and songs.