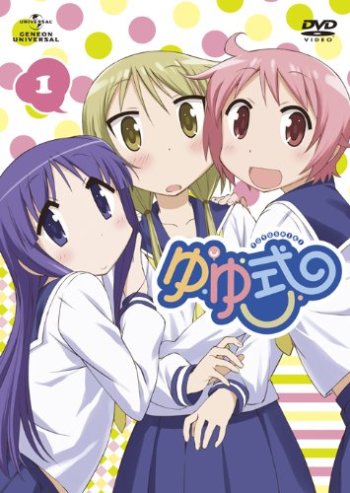 Highly trained in the secret martial art of Hokuto Shinken, Kenshiro has achieved such a high level of combat expertise that he can kill a man with his pinky. Though these skills may be useful for a wandering man trying to survive the deadly wastelands left behind by nuclear war, they're all but useless in modern day Japan! With an apocalypse that never happened and a less-than-desirable skill set, would-be hero Ken is stuck looking for a job just like every other unemployed schmuck in Japan.

In the 21st century, the characters of Fist of the North Star are living in peaceful Japan. In particular, Kenshiro is a convenience store worker, Raoh works at a factory, and wracked by illness, Toki is looking for work. The legend of the Fighting NEET (Not in Education, Employment, or Training) North Star begins in the modern day.

A series featuring super deformed versions of the Hamatora characters.

Hikari, Hikaru and Komachi face the new day, eager to be planting in their rice field. However, the tranquility is broken by the arrival of Kuroba-san with her mammoth, mega-powered seed planting robot! But when the shrine maiden Kirari snatches the control and the machine goes haywire, can anyone save the day?

Aoyama kun is a hot, young soccer prodigy who plays midfielder for the National U-16 Soccer Team. But he’s also an extreme germaphobe!