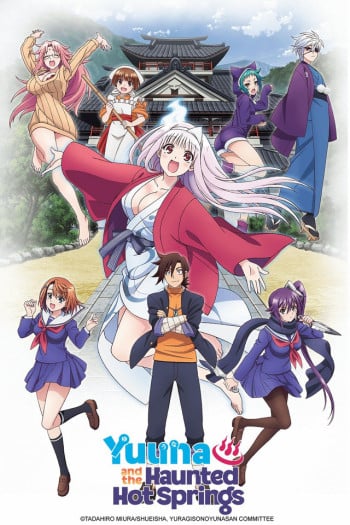 If you're looking for manga similar to Yuuna and the Haunted Hot Springs, you might like these titles.

Just starting high school, Koutarou is moving out on his own to take some of the burden off of his widower father. Lucky for him, he's found a room at Corona House. It has a great landlord, it's not too far from school, and best of all, it's dirt cheap. It really is perfect... except for the strange girls that keep appearing to try and take it over! But even as room 106 turns into a battlefield, Koutarou isn't willing to give up his apartment without a good fight. The invasion begins!

Yuuki Kuwahara, decided to live alone at his father's parents house when he entered high school. He used to plays alone at his grandparents house ... with a pleasant expectation that he may meet again with a longing person he met when he was a child! However, in that house where nobody was supposed to be live in an unexpected welcome waited for Yuuki ...!