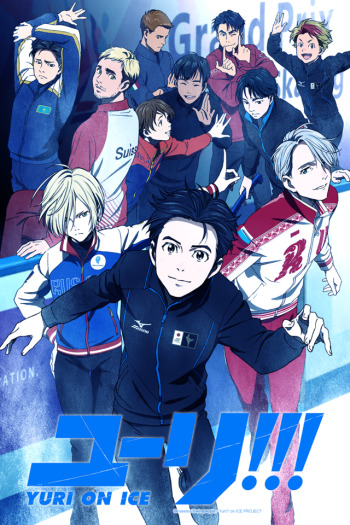 Out of nowhere, five-time world champion Victor Nikiforov declares himself Yuri's coach. When world junior champion Yuri Plisetsky follows Victor to Hasetsu so that he can bring Victor back to Russia, the chaos only deepens...

Somehow, the guitar that he used to love to play and the basketball games that he found so fun just lost their appeal... That was until Ritsuka Uenoyama randomly met Mafuyu Sato. Ritsuka had started losing his passion for music in his everyday life, but then he hears Mafuyu sing for the first time. The song resonates with his heart and the distance between...

I really recommed you to watch given if you watched yuri on ice!

also there is a movie of given you should also watch that after watching the series!

They're alike in the way the mc has support. Given may be a little more heavy hearted but it's just as wholesome