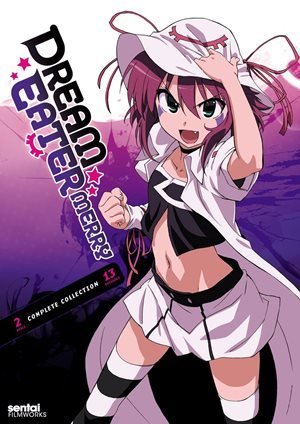 ok, so I know that the numbers up there dont really add up.  However the criteria above do not cover everything necessary for this to get the 6 that it got.  I will explain. Story:  The story was compelling and the anime has made me decide to read the manga.  The story was very very different and I love to see that in animes, the best ones stand out. Animation:  The animation was great, especially from a studio that ive never even heard of.  It was right on par with most today.  I was suprised considering the low ratings it has. Sound: bleh, now im going to cover several parts, voice acting, music, ambient sounds and opening and ending.  Ok so this was meh at best.  The opening and ending themes were good and I liked them, they seemed to fit and they were catchy.  The ambient sound was actually very good, much like the animations.  The music. . . . was aweful.  They had like 2 sound tracks, but that isnt the worst part.  The worst part is where they decided to place these songs, they were so out of place it almost brought me to tears.  PREPARE FOR EPIC FIGHT SCENE, QUE LAME @$$ MUSIC.  Voice acting.  Some characters did awesome, and if you didnt know most of the voice actors are actually from Angel Beats too.  They are GREAT voice actors and I love them, but a few character and parts were simply not well put together for the voice actors, but I dont blame the voice actors for this. Characters:  I loved the characters, almost all of them including many of the minor characters were totally lovable, even the bad guys.  It was great I want to read the manga just for the characters and the story. overall:  now this needs some explaining;1)  the series was NOT COMPLETE, big ouch in my book.  I hate that2) there was an overall strangness, I guess the best way to describe it is that the studio that made this anime didnt really have a good feel for the world this story was in, or what it was about.  they didnt have a good grip on any of it.3) not exciting really :/  while the animations were fine, the fight scenes were really really lame.  You could tell that corners were cut. and those are the reasons that this gets a 6, in other words, I wont recommend you to watch it.  That doesnt mean Im telling you not to watch it (like I did with pumpkin Scissors :P), just that Im not going to tell you that it was worth watching.

This is a total edit of my review that was here. The first episode of this anime was amazing and I thought it was going to be similar to sould eater's awesomeness. It had a certain similarity to it. After watching it further, I no longer compare it so much to soul eater. Whether its quality is as good as soul eater? I would say almost, but not quite. But off of soul eater. Some good things about this anime were the character looks (their eye shapes for example) and story. The story has so much potential, but seeing as what went on in the last episode... I cant really tell if there will be another season or not. Although the characters looked wonderful and in some ways were interesting, they are mostly typical. Their feelings of love, friendship, and 'never give up' clearly exist. To top it off, the enemies had no clear goal of why they wanted to possess people or whatever it was their goals were, and if the goals were clear, then they really didnt make sense in a way that would make you support them or go against them. In a way that is good, since i liked some of the enemies, but then again its hard to support the main characters because their motives are ignorant/retarded. Something that goes along with that 'unclearness' is that Merry keeps killing dream demons not knowing for sure where they are going, and her and yumeji keep 'believing'. Im getting tired of that shit. Reality isnt so nice, and when you see this in every anime it gets childish. I can understand that when they are in the dream realm, believing in order to control the dream is realistic, but thats not the problem. I really liked john doe chaser. He was probably my favorite character in this anime, and he wasnt shown very much. Depending on whether there is another season that favors him more... well... If there isnt I can then say, wtf were they thinking not putting him in there more. The music for this anime was very good, and the sound in general was at least ok. I especially liked the intro song. The animation was ok. The scenes and the characters were great looking. The Final verdict?: Some things like the looks and music were well done. Some things about the characters were lovable, but in the end I cant help feeling like the mental satisfaction was thrown in the gutter. Inconsistancies/contradictions, plot holes, childish mentalities that make the good points of the characters not makes sense anymore. Personally I think its worth a watch, but some dont. Here is another review that I found that may be useful: http://randomc.net/2011/04/08/yumekui-merry-13-end/ 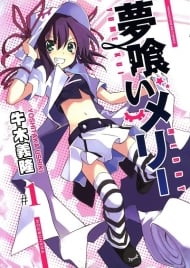 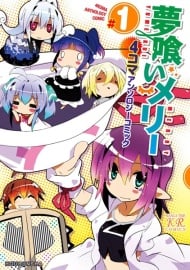