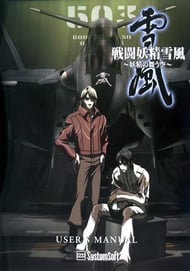 In the distant future, Earth is being invaded by a mysterious alien race known as the JAM. Though suffering heavy casualties, mankind unites and repels their advance, pushing them back to their homeworld of Fairy. As to not take any chances of another attack, an expeditionary force is formed to pursue and eradicate any who managed to flee. The campaign is successful, with all but a few small pockets of JAM completely destroyed, and preparations are made for the fleet to return to home. Enter Leiutenant Rei Fukai, the pilot of a reconnaissance fighter jet known as the Yukikaze. With victory close at hand, he is assigned to do one final sweep of Fairy to put an end of the threat for good. However, during the flight, he is attacked by an unknown jet that appears to one of mankind's own, and barely manages to escape. Though the JAM are all but gone, it seems a new, more deadly threat has emerged, fiercely determined to stop the fleet from returning home alive...

StoryWhat has Yukikaze got, you might ask? Three things: Badass CGI, sweet dogfights, and a hell of a lot of explosions.  Eye candy is certainly its forte, as its visuals somehow managed to captivate me through the overall lack of story and shallow characterization. The synopsis, actually, is more interesting than any of the events the story itself has to offer.  Pseudo-philosophical alien races like the JAM have been visited time and time again, and with each encounter I like them less and less.  Fortunately for the viewer, every minute of "intellectual" bullshit is generally compensated by three of aerial skirmishes.  It seemed to me that the purpose of this was to continually allow the anime to change venues, as Lt. Fukai finds himself hopping all over the world throughout the course of the OVA.  Each combat scenario has its own flavor and showcases different types of special effects for you to oogle at. Keep in mind, though, that the OVA isn't purely action.  The main drama that spurs the anime on is the melding of Lt. Fukai with Yukikaze.  While not original, it explores the concept of a perfect lifeform being the assimilation of man and machine.  Though mediocre, its philosophical undertones squirm into a number of scenes and compete for screen time against discussions about the JAM.  Because an anime can't function solely off visuals, this works well enough as a general framework for the OVA to develop around.  The presentation is interesting but not spectacular by any stretch of the imagination, and thankfully is kept to a relative minimum.  Ultimately, the plot gives the OVA a good excuse to blow things up, and that's all that really matters.AnimationAs I mentioned before, pretty much the only reason to watch Yukikaze is to reward your eyes with great animation.  The amount of detail is astounding, especially during scenes where fighting occurs over water or other reflective surfaces.  Explosions aren't simply a couple frames, they're quite elaborate.  Among such subtle effects, pieces of shrapnel disrupt and warp the textures of the fireballs, smoke and flames expand and contract to create very realistic debris clouds, and shockwaves visibly distort gaseous/liquid surfaces.  Pair these details with sharp, tense camera movement and it's hard to dispute the production quality as anything but amazing. My only real complaint is that the female character designs could have used a bit of polishing.  Women tended to have somewhat hard, stern features instead of rounded, softer curves, which made their general appearances a bit awkward.SoundThere are a couple exemplary tracks scattered throughout the OVA, but the soundtrack is forgettable overall.  Because of the strong emphasis on visuals, the sound effects were much more important than the musical score here, and for the most part they were implemented fairly well.  Not much else to talk about here...average on just about every level.CharactersJack is just about the only character with any semblance of personality, and that's not saying much.  Nevertheless, I personally found Yukikaze to be the strongest of the cast, and given that it's the AI of a jet fighter I think that says it all.  Mediocre, incredibly forgettable characters, but they move the story along well enough so I'm not going to complain.OverallTrimming away all the rubbish, Yukikaze is worth a once through just to experience the visuals.  At about two hours and twenty minutes run time, it's not much different from a decent length movie, so I suggest to take that approach going in.  Yukikaze wasn't created to awe you with a complex story or deep characters, but rather to show off just how badass CGI can be if approached in the right way.  If you're bored and need a great way to burn a couple hours' time, give it a shot; you won't be blown off your feet, but you'll certainly be entertained.

Yukikaze is in theory a wonderful sci-fi / action / mystery anime around a war between humans and aliens, the relationship between man and machine, the difference between reality and illusion. It was made in collaboration with an existing military airforce so as too look as realistic as possible. It has really high production values. It makes you think about stuff. So why is it so damn boring and mostly annoying? Because it was made by GONZO, that’s why. Oh GONZO you never learned your lesson and you paid the prise dearly…In the story, humanity managed to create a portal to a different dimension, which is apparently rich in materials for its own advancement. Trying to get all Cowboys and Indians once more, it tries to conquer it, only to find resistance from the alien forms living there. Not only that, but it appears they are advanced enough to destroy humanity. For that purpose, a new form of airship is created, in an attempt to bridge the technology gap. Things didn’t go as planned…In theory, the story is very interesting and deals with some very deep themes and notions that could elevate it to masterpiece level. The revelations as to the powers the aliens really possess and the true form of their world is simply amazing.Artwork and animation are superb, as they are very realistic, both in physics and motions. It has the most realistic dogfights (aerial battles) ever made into anime. It has some really interesting character interactions that could lead to some very unique and memorable personalities.Its soundtrack is weird in a positive way.Its dialogues are full of existentialism and human pathos around the nature of man to exploit anything that comes in its path.The aliens’ motives are also a very interesting point to think about (not telling you which those are).And yet to the most part you are watching a dragged out, boring, vague mystery story around themes that are hardly looked upon or looked into as much as they should. The short duration of the show was simply not enough to cover its heavy themes.The characters are too distant from the viewer. They behave and are treated too mechanical for you to care.The aircrafts end up being more interesting for their AI capabilities but even those lack personality, other than watching them fighting in a cool manner.The battles are very realistic but it is questionable if that is enough to make them enjoyable. The choice to leave them without BGM for example is double-edged knife. The aliens are also distant from the viewer. You never clearly see them or the extent of their powers. They are just there. In other words, the entire show is like a robot, lacking a connection with the viewer. If the themes are not enough to interest his then the chances of liking the whole package are very slim. It has some bold aesthetics alright but that doesn’t mean they are successful for mass viewing or even towards the majority of fans. I am not exactly saying the show needed more guilty pleasure or silly anime clichés to work; more like to be more humane for you to care about its cast. Everything is treated like an emotionless machine yet it is a story of human passion. And yes, the military is usually more cold in their work than average civilian workers but they are still people and they do show emotions. The cold and almost uncaring feeling of the anime does not leave you to enjoy them. Neither does the short duration which throws several interesting themes at you will very little time to get you to like them. Neither does the finale help you to like it more, since it feels like a last moment poor attempt at shock value, full of cheesy explosions and unnecessary action scenes. Well-written, badly-told, is the quickest way to describe Yukikaze. Something that can be said about most of GONZO works. The great production values and the interesting premise may be more than enough to interest anyone to watch at least half of the show but it is not guaranteed if he or she is then bored or disappointed with the distant characters and the vague story elements. It is a highly hit or miss anime, mostly the later for the majority.And now for some excused scorings. ART SECTION: 9/10 Analysis: General Artwork 2/2, Character Figures 1/2, Backgrounds 2/2, Animation 2/2, Visual Effects 2/2 SOUND SECTION: 9/10 Analysis: Voice Acting 3/3, Music Themes 3/4, Sound Effects 3/3 STORY SECTION: 7/10 Analysis: Premise 2/2, Pacing 1/2, Complexity 2/2, Plausibility 1/2, Conclusion 1/2 CHARACTER SECTION: 6/10 Analysis: Presence 1/2, Personality 2/2, Backdrop 1/2, Development 1/2, Catharsis 1/2 VALUE SECTION: 5/10 Analysis: Historical Value 1/3, Rewatchability 1/3, Memorability 3/4 ENJOYMENT SECTION: 5/10 Analysis: Art 1/1, Sound 1/2, Story 1/3, Characters 2/4 VERDICT: 7/10 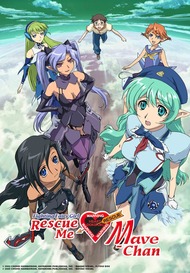 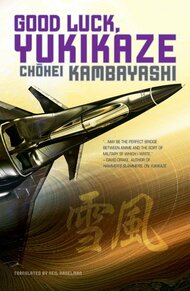 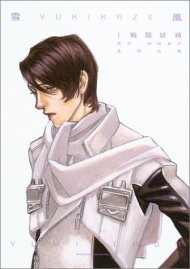