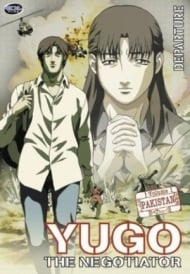 Yugo the Negotiator seemed like a decent series due to its unique story, but it really just became apologist hogwash and a waste of time. Story - 2/10 So Yugo is, you guessed it, a negotiator.  He tries to free hostages around the world, yet in the series we see him free only 2, and hear about little else he's done, despite being a guy who people pay huge sums for and search out. The first negotiation is in Pakistan, where Yugo is promptly beaten, watches people killed by terrorist and then goes on to say its not really their fault they're terrorist, its all the army's fault (who end up being made the bad guys while the terrorist are just misunderstood.) The Russian arc is a much better story.  Yugo must protect a little girl and deliver her and her ring, which proves her relationship to a powerful dynasty.   The story is much more to your standard Anime and doesn't become convoluted like the first portion.  There is more of a relationship building aspect to the story and twist and turns that keep it slightly exciting. Animation - 5/10 The background animation is done very well.  The two lands really do look like their real life counterparts.  The many characters in the series are drawn to a more cartoony aspect, but done well and their actions pull a lot of feeling from their environment around them. Sound - 5/10 Though not the best soundtrack, unless you like the genre, it does match the surroundings of Yugo, with middle eastern music in Pakistan and Russian music in Russia.  The sound effects are also done well, but Yugo's voice is slightly irritating in its calmness.   Characters - 4/10 While no character is built up or even easy to connect with, there are a few who are introduced who are created well as supporting characters.  As for Yugo himself, we learn very little, except that he actually seems terrible at his job. Overall - 3/10 The only reason I think I even went as high as a 3 is because I paid about $8 for the whole series.  It just lacks in the action, and the political aspects of the series, along with the story line, was subpar.  Of all my Anime I'd say it falls way towards the bottom along with Risky Safety and Abenobashi.

Yugo the Negotiator is an obscure anime that came out towards the end of 2004. The first Yugo manga was actually finished before getting an anime adaption. But at that point there were other action seinen manga in the early 2000s that were already making a name for themselves, such as Black Lagoon and Gantz. So its no surprise that it got overshadowed by those series. But at the end of the day, you're probably wondering if YTN is worth getting into. And after seeing it for myself, I have to say no unfortunately. Story- The story for the anime is comprised of two story arcs, the Pakistan arc and the Russian arc. Both of which were handled by two different teams of staff. The first arc had a big budget, but the second arc not so much. The first half takes place in Pakistan and is well written, actually did some research, and shows respect for the culture and people of Pakistan. The second half on the other hand kind of sucks. It comes off as the most cliche', poorly researched, most hilarious portrayal of Russia I have ever seen. One example being the time Yugo goes to visit Russia, which would be in the earlier seasons. That would place the tempature at 70 degrees; now that doesn't sound very cold now does it? And the economy in YTN feels way off. The amount of money it would take for Russia to rebuild the USSR and fight NATO would take much more than the amount that was mentioned about the Tsar's treasure. The writer of Yugo actually seems to think that Russia's top academics are crack whores. There were Russians in the 1990s that did have to take lower paying jobs or leave the country, but the actual writing for Yugo feels ludicrous. That's just how it is with the 2nd half of YTN, crude ethnic stereo-typing that's taken way more seriously than Hetalia. Overall- Should have expected something knowing that Seiji Kishi was involved with this anime. Definitely felt like one of the more average anime that I've seen recently. Not to mention the great ideas it was working with. But all of that is pointless unless you give the protagonist the development he needs as a character, or at least the execution needed for the type of character they were going for Yugo. Not as a character who is just cool and gets shit done. It's not like that's been done before in anime already. Plus I don't think the author really did their research as much as he could have. I enjoyed Jason Douglas' voice-acting, but I don't think I'm going to re-watch this anime. Feels like the sort of series people would read/watch cause its cool, but being cool can only take a series so far I guess. Yugo the Negotiator has some cool ideas, but there just wasn't enough time spent on those ideas. Recommendations- Master Keaton- Specifcally the 2nd season. While the first season is decent, the 2nd is where its really at. 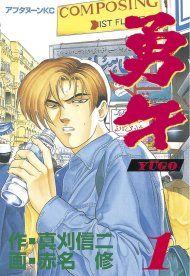 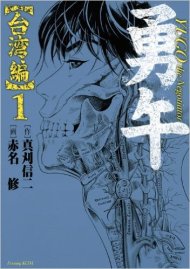 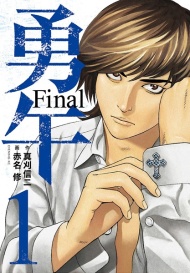