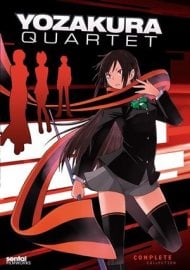 THE STAFF - Animated by Nomad, a minor studio which has never produced something great. Its most famous shows are the unimpressive Rozen Maiden and Chocotto Sister. - Directed by Matsuo Kou, who also never produced anything great but is still a bit famous for his work in Kurenai and Natsuyuki Rendezvous. - Based on the manga of a nobody who never adapted anything else. Yozakura Quartet is an exercice in mediocrity from the get-go. The very first episode introduces you to a generic world full of generic people and expects you to like the cheese. Well no, it’s not that easy ; it takes effort to actually manage to create something interesting and this anime is showing you nothing but the middle finger. Snore!The world of the series is a city where humans and youkai coexist. Youkai can roughly be described in mythology as spirits that take forms of objects, animals, and even other people, in order to trick and harm humans. The series however treats them as nothing but humans with cat-ears which makes them look generic and boring. Youkai in mythology also possess various supernatural powers but the show is again treating them like humans who may or may not have such powers. As for normal people… they too can use supernatural stuff so once again the importance of having these creatures is canceled out. It is more than obviously a superficial way to have a theme around racism. Instead of having blacks vs whites the show went for fan catering and just had people without cat-ears vs people with cat-ears. And that’s pretty much all the difference you will find between them. Snore!The heroes of the show are your average protectors, who fight renegade youkai and protect the civilians with various powers. The action focuses mostly on the lead character who is your average boring shonen lead with broken powers and vanilla personality as he saves chicks and battles big bad beasts. The battles hardly have choreography and stuff appear and disappear with magic at the animators’ whim. The complete lack of strategy along with the totally generic characters leave you completely indifferent with what is going on with the story and the world in general. Snore!So in case you care, the story is about villains trying to take advantage of the hatred various people in the city have in order to get rich, powerful, or plain have fun while spreading havoc. They are otherwise cardboards as well, with nothing to bother remembering about. As for the so-called city where these two races coexist, all there is to make you be aware of that is these big pillars that are supposed to protect the city. Big help they did; it’s full of villains. As for the plot, when it does not involve fighting some beast in totally boring ways, it has to do with fooling around in… yes, totally boring ways. The characters will be cooking, playing sports, go shopping and generally do everyday stuff that mean very little since they are generic with zero depth in them. There is no romance or internal conflicts in the team and everything is one big boredrome. Snore! Of course, the animators tried to mask all that with as much fan catering as possible. The opening theme alone is completely preparing you to see some sort of fantasy slice-of-life romance and not some superheroes protecting a city from supervillains. That shows how much they cared about the story. Although the show is pantsu-free, they still made everybody to look like they popped out from a date-sim. All the characters are bijins, with otaku-oriented uniforms and clothes that are meant to make the viewer go all moe on them. It may work for a few episodes before the total lack of excitement or progress eventually make even that feeling to fade away. Snore!Production values are ok, albeit they never look awesome for any given reason. Voice acting is ok but it doesn’t feel like you should be paying attention to what they are saying. The OST is just silly tunes that repeat too often to the point of saturation and never manage to be memorable. The backgrounds have a nice color palette and are rather detailed but they are otherwise generic in appearance. If it weren’t for those pillars, you would consider the setting to be a generic city. There is a high amount of stills used and even the animation during battles looks crummy, while the numerous special effects used there look like simplistic filters or just generic rays. At times they make snow flakes and sakura blossoms fall all over the place to further fool you to think there is context somewhere in this mess but they just don’t hold a candle next to your average date-sim adaptation. Snore!This anime is a fine example of the industry funding uninspired works that mean nothing other than making them for the sake of making them, instead of looking around for something better to animate. Or at least trying to make something good out of all this mess instead of going for bijins and fan catering clothes. Not recommended at all. ZZZ…And now for some excused scorings. ART SECTION: 6/10 Analysis: General Artwork 1/2, Character Figures 1/2, Backgrounds 2/2, Animation 1/2, Visual Effects 1/2 SOUND SECTION: 6/10 Analysis: Voice Acting 2/3, Music Themes 2/4, Sound Effects 2/3 STORY SECTION: 3/10 Analysis: Premise 1/2, Pacing 0/2, Complexity 1/2, Plausibility 0/2, Conclusion 1/2 CHARACTER SECTION: 3/10 Analysis: Presence 1/2, Personality 1/2, Backdrop 1/2, Development 0/2, Catharsis 0/2 VALUE SECTION: 1/10 Analysis: Historical Value 0/3, Rewatchability 0/3, Memorability 1/4 ENJOYMENT SECTION: 1/10 Analysis: Art 0/1, Sound 0/2, Story 1/3, Characters 0/4 VERDICT: 3.5/10 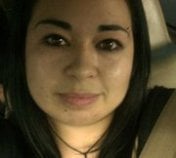 The plot is hard to understand until you have seen the flashbacks , the characters are interesting . There is some romance but its not defined and it never shows if there trully are one sided . I felt that the story was rushed but at the same time , it took forever for the main fight. the songs in my part i enjoyed them very much . And there is a good amount of exciting and well placed fights , i felt that the main hero of the story needed a little bit more power and he was a little bit on the lay back side of the word. As for the heroine too high strung and too stubborn even for her own good. This feels like the type of anime to watch were you are bored to death and need something to pass the time.

The reason I wanted to see this show was because the art (ofcourse) reminded me of Durarara and Baccano and obviously I thought it was going to be just as awesome. Now I do have to add that I asked the Anime-planet community what they thought about the show and they all advised me to watch me something different. Which of course makes me even more curious, I am a stubborn old man afterall. So season 1 felt awkward, we have an antagonist that we should feel something for because he's the brother of one of the protagonist girls. The way it was framed just made it sound we were missing a bunch of information. Basic way to explain the concept, the world building is very similar to Naruto and the hidden leaf village but instead of ninjas with super powers we're now dealing with monsters with super powers. So some of these monsters are pretty cool but some others were just horrible designs. Even though I hated the storytelling and the structure of the first season, the following 3 OVA episodes were absolutely amazing. The art was gorgeous, the animations were a lot slicker, the characters were made much more likable and the story was actually very interesting. So eventhough the first season is a very odd watch, I feel that if you really want to enjoy the 3 OVA's that follow you'll have to wrestle your way through them. 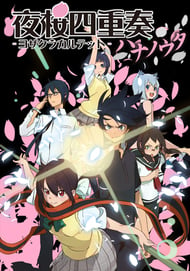