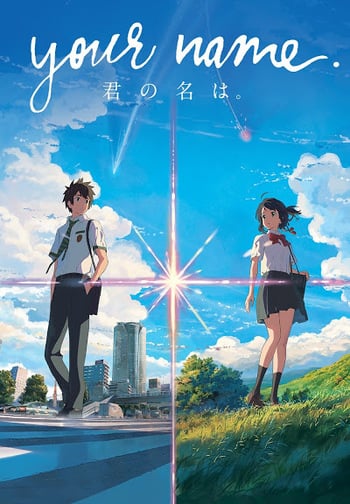 Morisawa Kai and Sato Tatsuki are best friends. However, unlike Kai, Tatsuki is completely unreliable, lazy, and ill-tempered. One day Tatsuki takes Kai out driving in his new motorcycle only to get into a bad accident that leaves Kai dead. However, Kai's spirit ends up in a body of a girl named Fujii Marika. After seeing how cold and unaffected Tatsuki as well as everyone else was after his death, Kai transfers to his previous school in which he starts noticing flaws to Tatsuki's cool mask...

A boy suddenly wakes up to find out he's in the body of a high School girl. Who is she and how did he switch bodies?

Saijou Kiki is a model and child star and with the release of her new commercial her popularity skyrockets. At school, she harbors feelings for Takumi-kun... but somehow ends up kissing his friend Teppei?! And what's more, they've switched bodies due to some sort of old legend?!

Gil Ra-im is poor and humble, but beautiful, who works as a stuntwoman. Kim Ju-won is the rich and arrogant CEO of one of the top companies in the country. Ju-won's growing attraction for Ra-im both disturbs yet fascinates him, and no matter how hard he tries he just can't stay away from her. As if that weren't enough, a strange series of events results in them swapping bodies?!

Odamaki Hana, 17, female, high schooler. Kine Shougo, 38, male, engineer. One day, they suddenly swap bodies. After living in the other's body for a year, they meet again by chance. The man in the girl's body has refined their look and is now a model; the girl in the man's body lost their job and is treated as an amnesiac. The "self" they now encounter has become an entirely different "self"---

Leo, a young scrooge who loves money more than anything, unexpectedly had his body swapped with a beautiful young girl who had unusual circumstances named Leonora. Leonora was the young daughter of a fallen marquisate family who, in the past, were driven out of noble society by false charges. Now, by various circumstances, she was to attend the academy for young nobles. Since she didn’t want to, with black magic she tries to escape her fate. Offering a gold coin as compensation, Leonora lured Leo into going to the academy in her place. Leo, now “Leonora,” had only planned to show her face at the academy before fleeing. However, with unmatched beauty and peculiar values, “Leonora” got herself mistakenly known as a “pure maiden” who attracted the attention of not only a marquisate couple and the imperial princess, but even the first imperial prince of the empire!

After waking up from a coma due to a traffic accident, 2nd year high school student Setouchi Hiromi finds himself in the body of an unknown girl called Nishimura Sayu. However Nishimura suggests that they spend the rest of their lives in their new bodies..?