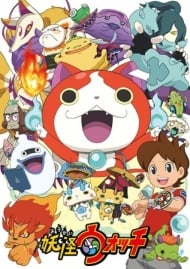 When Keita frees Whisper, a ghost-like youkai, from 190 years of imprisonment, Whisper pledges to protect Keita from supernatural dangers. Whisper also gives Keita a watch that allows Keita to see other youkai. Together with the twin-tailed cat spirit Jibanyan, they encounter lots of youkai-related problems and solve them.

I'm a huge fan of the monster collector genre of games. Shin Megami Tensei, Dragon Quest Monsters, Nexomon, Fossil Fighters, Monster Hunter Stories, World of Final Fantasy, Disc Creatures and of course the mainstream Pokemon are all titles I've become familiar with. I've been around with Pokemon ever since the Red, Blue and Yellow days and I honestly must say Yo-Kai Watchstands tall above Pokemon as a game. You can take almost any complaint you have with any main series Pokemon game and you can bet that that issue just doesn't exist in Yo-Kai Watch games. If modern Pokemon games did half the amazing things Yo-Kai Watch did, there would be less controversy and drama over how bad Pokemon games have gotten. As for the anime, the comparisons stop there. Pokemon is a shounen action-adventure (and not even a good one at that) that just breaks the rules of its source material and breaks its own rules whenever its convenient for it. Yo-Kai Watch on the other hand is a comedic slice of life that just focuses on more everyday stuff to get a laugh out of it. It's as pointless as trying to compare something like Azumanga Daioh to something like Assassination Classroom. Story The plot of an average kid trying to live his average life for these monsters to come and screw with him puts it in a more relatable setting. There really isn't an ongoing plot here as much as it is a bunch of short stories all in good fun. If you're more into intricate plot, that's where you would be better off playing the games. The first 50 episodes of this anime and the first movie give you the major plot points of the game Yo-Kai Watch 2 but most of the events of Yo-Kai Watch 1 and Yo-Kai Watch 3 are left to be their own separate stories. I kinda like this because it allows them to do more on the side instead of just retelling the same story in animated form for a video game adaptation anime like the entire 2nd arc of something like Sonic X where you just get Sonic Adventure, Sonic Adventure 2 and Sonic Battle all over again with Chris Thorndyke being shoehorned in. It's because of this, we get all kinds hilarious short stories in 7 minute segments that still ties into the games in some fashion such as Komasan climbing the corporate ladder, Manjimutt trying to bust out of jail, old Japanese folklore stories turning into shounen stories through some deluded old lady, Jibanyan being a parody of 1980s Japanese school drama Kinpachi-Sensei, Komasan and Whisper being cop bodyguards for not-Obama, The Bony faction of Arachnus and the Fleshy faction of Toadal Dude going to war over things like boxers versus briefs, Komasan being the star of a Fist of the North Star parody where instead of already being dead, the muscly post apocalyptic goons are already hot nurses and schoolgirls through the power of his techniques and many many others. You get more bang for your buck per episode this way. Animation Animation-wise, I'd say this title is just okay. I feel alot of the animation really shines with the ridiculous faces you see throughout this series. Can't really say I had any big gripes with the animation quality.  I found myself laughing at alof more things than I ever did thinking the animation was anything terrible. Sound Something I really appreciate about this anime is its use of the game soundtrack and the game's sound effects. If you loved the great list of tracks you get from the games themselves as well as the unique sound effects and sound design of the game that give off a charming vibe and can still sound sinister, scary and foreboding with the chaotic spirits going around in this world, then you're in for a treat as far as sound goes. The many renditions of Gera Gera Po and other tracks provided by the talented group King Cream Soda make for some bopping openings and the ending credits song all give us some CG animated dance segments that are adorable and charming. I'm usually a big dub person and the dub for this anime isn't bad but I'd still recommend the sub here. Alot of things like the characters' verbal tics like Jibanyan's "nya" and Whisper's "whissu" weren't included in the dub. Characters This is another aspect where I'd say Yo-Kai Watch both in games and in anime really stands above others in the genre. In anime and games like Pokemon or Monster Hunter, monsters are treated as more just glorified wildlife with not much personality to themselves otherwise. Here, in Yo-Kai Watch, monsters aren't treated as members of a species, they're treated as an individual with their own story to tell and their own trials to overcome before they can be friends with others. Jibanyan's, Usapyon's and Whisper's stories alone are especially tragic and heart-wrenching so I'll avoid spoiling those but even then. You'd be surprised how much death, darkness and despair is in this series to contradict its colorful, cartoony style. Level-5 games are known for their worlds being full of personality and character and this title is no different both with its monsters and how they even put effort into making every background human distinct and recognizable no differently from how they did with Inazuma Eleven or Professor Layton. Overall I'd strongly recommend this title for how relatable and humorous it is. You can watch it on its own and get even more out of it if you actually played the great games that tie into this title.

Honestly, the only reason i ever watched this was because of my son.  Personally, i didn't like how they blamed verthing that happens to a person on yokai. It was funny in the sense that a ghost/spirit could make someone fart uncontrollably or make them need to pee. The names they gave the yokai was funny as well. 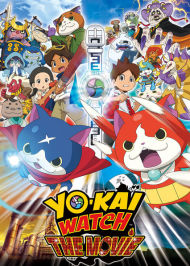 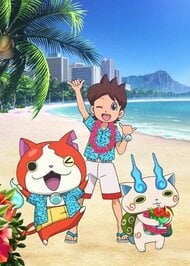 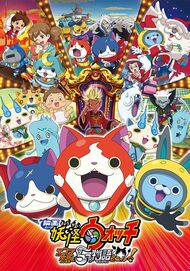 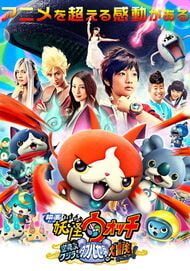 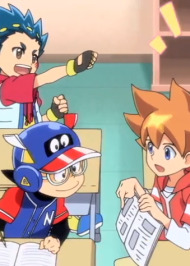 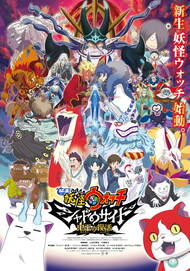 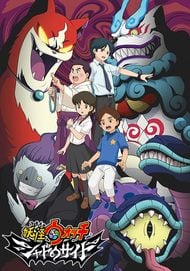 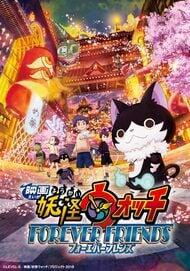 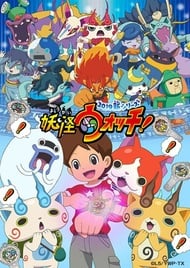 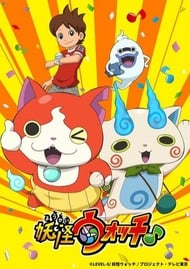 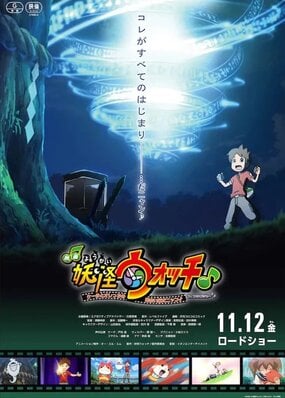 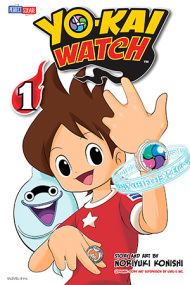 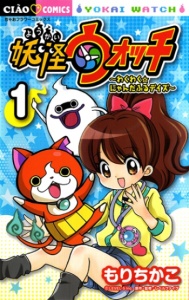 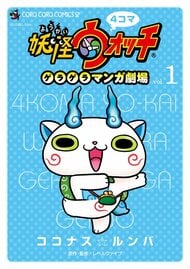 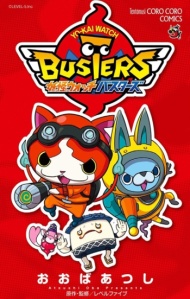 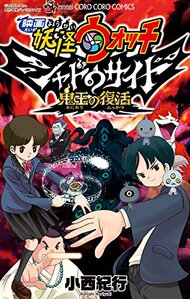 Youkai Watch Movie Shadow Side: Revival Of The Demon Lord 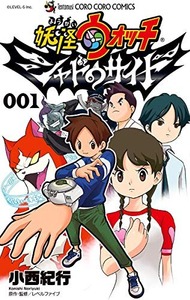